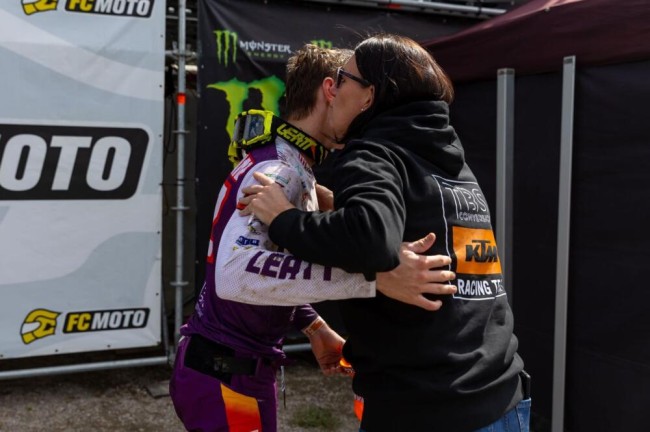 The Mc Lellan family have been in Europe for a number of years now as Camden chases his dream of making it in the Motocross world. The family have made big sacrifices leaving what they know and love in South Africa to move to Belgium and give Camden the best chance possible of making it.

It’s been a strong season for Camden racing the EMX250 series finishing fouth in the championship and will be hoping to make the move up to the MX2 World Championship in 2023.

Cheryl is currently the South African MXoN team manager so we thought we’d catch up with her to discuss the team, event heading to RedBud later this month and more…

GateDrop: Cheryl, I noticed on the MXoN entry list you are team manager of the South African team. Is this your first year in the role and how did the opportunity all come about?

Mc Lellan: No, this is my second year in the role. There was a last minute change of plans in 2021 and I stepped into the role to make sure the team got to the event in Italy.

GateDrop: Regarding the team, it looked like the team pretty much picked itself but it’s good to see no politics at play which can sometimes come into play. Can you explain your selection process?

Mc Lellan: Let’s be honest politics is always at play in any sports! And to be clear, I don’t select the team. There is a MX commission in SA that operates under the Federation. The MX commission is made up of elected individuals involved in different roles within MX. Selection criteria was put in place by them and communicated to all riders at the beginning of the year. It was clear to all riders that results, both local and aboard, would be important for selection.

GateDrop: Purdon has actually raced some British Championship events this year and Durow has previous EMX experience as well as racing the Dutch Masters this year so both have experience racing outside South Africa which should help them?

Mc Lellan: Yes, this should help them both. It is great for their development as riders to be able to race different tracks, race against different riders, race with fuller gates, and under different weather conditions. All this will make them better riders and hopefully this experience gained will translate into solid results.

GateDrop: Durow told me he’s planning some EMX/MXGP races next year – that’s something I’m sure you’d want him to do as it would help him grow?

Mc Lellan: Racing at that level can only help so I do hope to see him in the paddock. I believe Tristan will also be racing a lot more of the British Championship than he did this year which is great news. There is a good handful of South African riders racing abroad which bodes well for future MXoN events.

GateDrop: What goals do you have for the team at RedBud – just avoiding the B final and then going from there I imagine?

Mc Lellan: Of course, the B final is not an option but with 34 teams this year and every country definitely has put their best riders forward it is going to be one tough ask. I know each of the riders will give 110% to give us a chance at getting into the final.

GateDrop: On Camden, what a season he’s had! At the end of the season he was a regular EMX250 podium rider – you must be a proud Mum?

Mc Lellan: Yes, super proud. It started off a very challenging season but he pulled through and come out a better rider for it. It was emotional moments with him on the podium in Sweden and Finland. 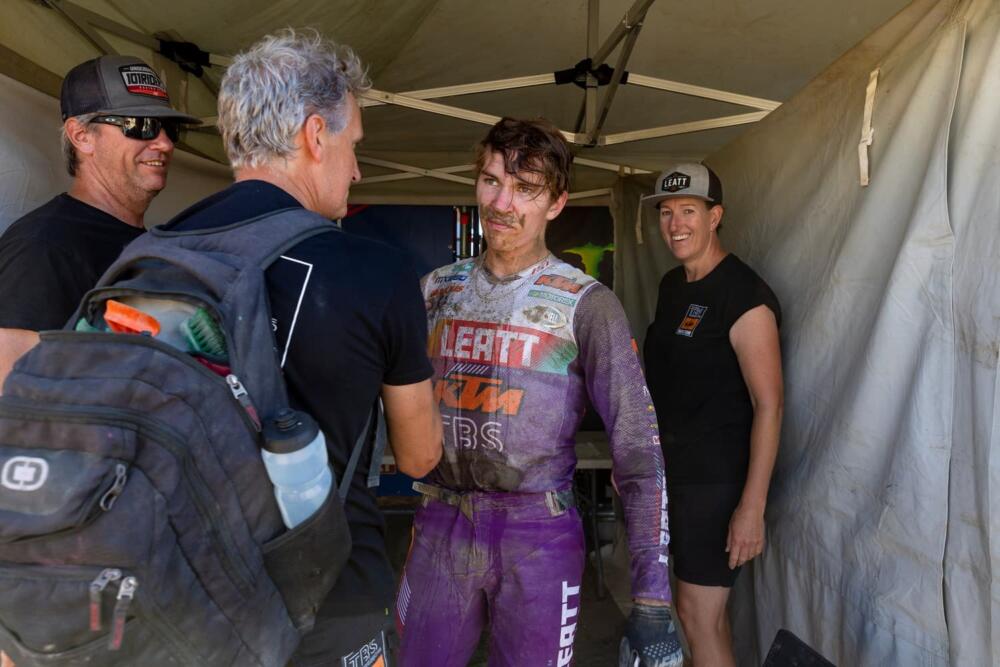 GateDrop: Honestly, it doesn’t even feel that long ago I met you guys for the first time at Loket when he won the EMX85 title – what’s your memories from that day and isn’t crazy how time flies!

Mc Lellan: From where we were watching, you couldn’t see the whole track. He made the pass for 1st and we didn’t see it or know. Where we saw the riders on track again was a jump towards us and that is where, we saw he was in the lead for the first time. That was amazing for me! And…when you go to the riders behind the podium. He had the biggest smile on his face. And…it was my birthday that day! He gave me the best gift possible.  Someone told me to be careful, things are going to move quickly and he was right!

GateDrop: Camden has obviously made a lot of progress since then but when you see Kay de Wolf, it shows there is still room for improvement… A move up to MX2 could probably help with that, is that something that’s in the works for 2023?

Mc Lellan: I don’t like to compare him to other riders. Everyone grows and develops at different rates. The challenges Camden faces are very different to those that riders like Kay have to deal with. Camden has made solid progress this year and yes, there is room for improvement, there always is. For sure racing MX2 will raise the bar and is ultimately Camden’s goal. He is fortunate to have options for MX2 and we hope to have them finalised soon.

GateDrop: Last question, you guys moved away from South Africa but you really seem at home in Europe. Where is it you actually live – Belgium? The Mc Lellan family always seem so happy! What is it about Europe you love and do you miss being away from home?

Mc Lellan: Yes, we are in Belgium, not too far from Lommel. I think it is the European lifestyle we enjoy the most, the freedom and relaxed lifestyle is great. We love hopping in our camper, we named her Big Bertha, crossing different countries, exposing ourselves to all Europe has to offer and of course, getting to watch MX as a family. It is hard not to miss SA. European summers are great but nothing on the good weather SA has most year round. We miss our family and friends the most and having a good braai around the swimming pool! We are also long overdue a trip into the bush.