Interview: Camden Mc Lellan discusses his deal with JM Honda and stepping up to MX2 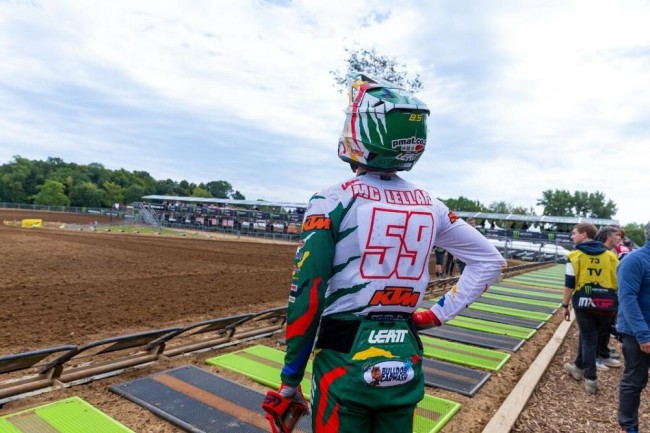 It’s an exciting time for Camden Mc Lellan as after his success in the EMX250 series he has decided it is time to make the jump up to the MX2 World Championship on a full-time basis. In 2022, he did contest two rounds of the MX2 GP’s and showed his potential in Loket finishing fifteenth overall.

After it was announced that Camden Mc Lellan would be joining the JM Honda Racing team for the 2023 season we thought we’d get in touch with him to get his thoughts on the big move for the year ahead.

On how the deal came about with JM Honda Racing…

“I ride very often at Lommel as well as the Jacky Martens team (the team is based in Lommel). We’ve been there many many times together and I always had a feeling Joel (Roelants) and Jacky had an eye on me. You can kind of feel it or always see when someone is watching you. I feel like they’ve been watching me and around end of July/start of August after one of the GP’s, Jacky contacted my team manager to ask if I signed a deal for next year. My team manager at the time said no and that’s pretty much how we got in contact as he passed on my contact details. He called me and since then it took off, he give me a great deal and that’s pretty much all I needed  to hear from him, I was happy with the deal”.

On stepping up to racing the MX2 World Championship in 2023…

“100%, I am really excited. It is going to be a great opportunity, this is almost what I have been dreaming off my whole life so I can’t wait to get out there. I did two GP’s this year – Loket and Kegums. I wouldn’t say they were too bad but I definitely think that with Jacky, the whole crew and the situation around me next year I can do a lot better. I am very excited”.

“No doubt, as soon as you walk into the JM workshop you can see all the championship bikes and bikes that belong to top riders that he has helped to come through. It definitely is exciting and I hope to have my bike there one day with the #1 plate. Hopefully him and Joel together can help me a lot and push me to get the maximum out of myself. I am sure they will so I am really looking forward to that”.

“I have ridden a 450cc Honda here in South Africa for a bit but when I was in Europe I did test the bike. I did a few laps with the 250cc but more laps on the 450cc. Handling wise the Honda is really nice. It handles well, turns well and so far I am really enjoying it. I can’t wait to get on the 250cc and see how that goes”.