Interview: Calum Mitchell on signing with PAR Homes Husqvarna and gearing up for the 2021 season 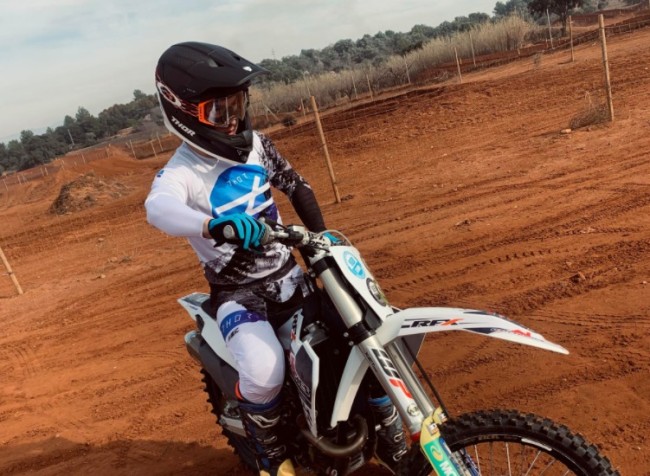 Heading into the 2021 season which gets underway in May with the British Championships, it’s a big season for Calum Mitchell. After being a privateer, the PAR Homes Husqvarna team spotted his talents and have signed him up for the season ahead.

Mitchell will be racing the British Championship, MX National UK series as well as the EMX250 series. It’s a great chance for Mitchell to get some experience all around Europe as well as riding against different opposition and tracks.

We caught up with Mitchell to discuss his deal with his new team, goals for 2021 and more.

GateDrop: Calum, let’s start with last year – it wasn’t the year we wanted in the UK with very little racing. How frustrating was it to not even have a British Championship? On the other hand the MX Nationals did a great job!

GateDrop: For the 2021 season you’ve agreed a deal with the PAR Homes Husqvarna team! How did the deal all come around – it must make you excited and motivated for the season ahead!

Mitchell: Neil (Prince) spotted me at a race in Cumbria I believe and it wasn’t long after that I was contacted with the offer with riding a 250cc under the PAR Homes Husqvarna awning. I would like to say I’m a motivated guy anyway. No matter what I will always try my best on and off the track so it was nice someone spotted that.

GateDrop: You’ve pretty much been a privateer your whole career so far – how has that been, I imagine it’s quite tough!

Mitchell: It was tough. Trying to make deals with big companies at such a young age is hard. But we done it for 2 years and have some great contacts for life.

GateDrop: To now be on a team and a good team in the form of PAR Homes Husqvarna, how much of a difference do you think this could make?

Mitchell: It’s crazy just hearing that. I love being on the team. I can really concentrate on my training and riding without worrying about anything else. I know how it used to be and I’m grateful I got this kind of opportunity.

GateDrop: You’ve already been in Spain preparing for the season – how did that go and how are you getting on with the new team?

Mitchell: Yes, we’ve done some good amounts of riding away (outside the UK). It’s the first time for me and it was nice riding different tracks with different riders – for sure that’s a way of improving to ride. The team and I have got on mega. 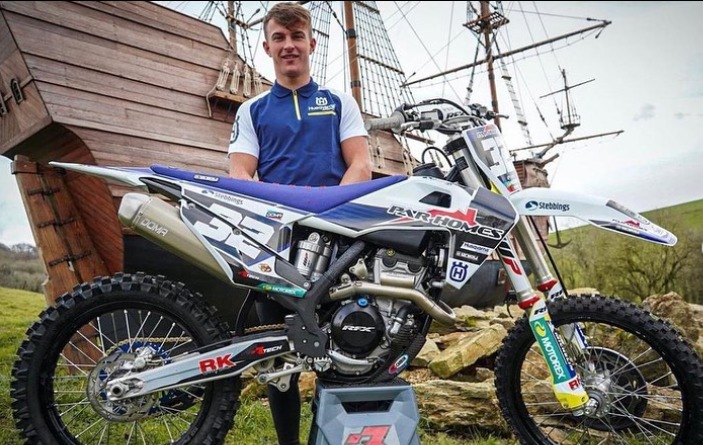 GateDrop: What’s your plans between now and the start of the British Championship season – another trip outside the UK or will you stay at home now to prepare?

Mitchell: Currently the team and I are staying together in the UK. I believe I’m having a couple of weeks off and then I’ll be straight to it on the English tracks before our race on the 2nd of May.

GateDrop: You are working with Neil Prince now with the team – a former GP rider! What’s it like to work with him and how has he helped?

Michell: It’s good to have someone like that with me watching over the things that I’m doing. As a privateer I didn’t have that so with his support and knowledge I have already been learning.

GateDrop: You’ve been riding a lot with Florian Miot – he might be a youngster but he has lots of European experience. How was it riding with him and did you pick anything up from him?

Mitchell: (laughs) Having Flor here with me to train and ride with is awesome. I am learning bits of him whilst he learns some other types of training here in the UK.

GateDrop: What’s your speed been like compared to Miot at the practice tracks so far?

Mitchell: Flo’s intensity is very good so I’m learning how to improve mine each day I’m on the bike but purely on the practice days it hasn’t been different.

GateDrop: You will race the EMX250 series this year which is a big opportunity – you must be exciting to racing all around Europe on a lot of different tracks with a stacked field of talent? It can only really help bring you on!

Mitchell: It’s crazy to be racing the EMX250 series. I can’t wait for it to all kick off, it’s stacked but I’m ready for it.

GateDrop: What’s your expectations for the 2021 season in terms of the British Championship as well as the EMX250 series?

Mitchell: To be at the sharp end for all championships. I’m looking to do the best I can do and have some podiums in the British for sure. In the EMX250 series, I’m going to learn as much as I can and keep improving.

GateDrop: What’s your thoughts on the British Championship and EMX250 calendars – what tracks are you looking forward to the most?

Mitchell: I haven’t looked at many of the tracks but Lyng is awesome one to look forward to in the British Championship as it’s a local one. It’s nice to have Culham back on the cards as that’s where my pro racing started. I believe the EMX calendar hasn’t been updated yet so we will wait and see on that one.

Mitchell: I want to thank all the people at PAR Homes Husqvarna and all the sponsors within the team. A big shout out to my personal sponsors who always stick with me – Stebbings Car Superstore, Fabrican Engineering and Norfolk Blue Print Construction. Let’s go racing!