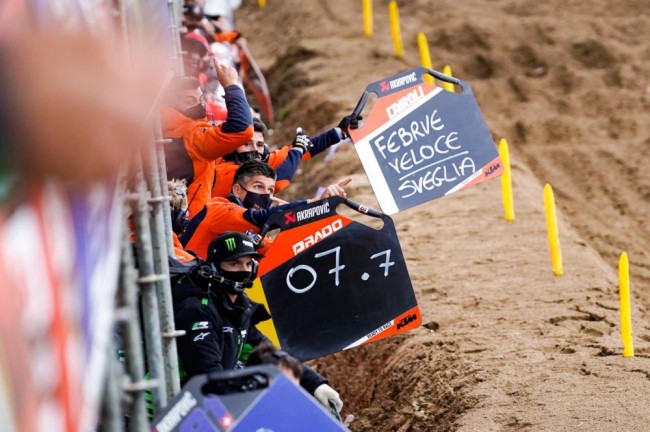 One man that knows plenty about the De Carli Factory KTM team and the way they operate is Bengt Vanvelthoven. Back in 2004 when the team needed a workshop in Belgium they rented his and 16 years later he’s still helping the team behind the scene’s.

There’s been a lot of talented riders under the awning but de Carli and Antonio Cairoli clearly have a strong bond. They’ve been together from the very first World title the Italian won on his Yamaha. De Carli has since took Jorge Prado under his wing who he hopes has a similar future and he’ll be looking to keep him with the team for the long-term future.

We caught up with Vanvelthoven to discuss the team and much more.

Gatedrop: Bengt, you’ve been working behind the scenes at the De Carli team since 2004. Just how did the opportunity come around for you to be part of the team?

Vanvelthoven: The De Carli team came sometimes to my old workshop with Chiodi one week before Lierop or Valkenswaard for training at the sand tracks. Then at the end of 2003 they asked me if they could rent the workshop for the whole 2004 season. I was living that time in front of the workshop and my bike’s where also still in that workshop so we saw each other everyday. Because these people didn’t speak any English and I just spoke 3 words in Italian, I tried to help them the best I could. It wasn’t a factory team at that time so it was more easy to get involved with the team.

Gatedrop: The GP’s this year without fans – what has that been like? Very different from normal times..

Vanvelthoven: Yes, it’s very different. There is no atmosphere at the races and in the paddock.

Gatedrop: Claudio de Carli is the man behind the team, what’s he like to work with?

Vanvelthoven: He is really nice. For me it feels like a family. You can see riders like Cairoli and Federici rode almost their whole career for the De Carli team.

Gatedrop: When Cairoli decided to make the switch from Yamaha to Factory KTM he was adamant that he could bring the de Carli team with him. This shows just how important the team is and there seems to be a lot of trust there?

Vanvelthoven: This is what I said before. The whole team is like one big family and Claudio is technically literate and like a second dad for Cairoli. So, yes, there is a big trust from Tony’s side as well as the KTM side.

Gatedrop: Claudio’s son, Davide is starting to have more of an influence on the team, how’s he compare to his Dad and does he bring something different to the team? What’s he like to work with?

Vanvelthoven: He is the same like Claudio and he works in the same way and also gives that family feeling. I think that’s the base of the team that everyone works close together.

Gatedrop: As you’ve been part of the team for 16 years you are obviously close to everyone in the team. What’s it like being part of the same team as Antonio Cairoli and how would you describe him? His will to win is out of this world!

Vanvelthoven: It’s really nice to be part of one of the best teams in the world and I am happy that I could start to help them many years ago. There was no stress for me because it started as a hobby.  About Cairoli, he is really down to earth and he really loves to ride a dirt bike and I think that is one of reasons that he is still at the top after all these years.

Gatedrop: You’ve also worked with any other riders, what riders have you enjoyed working with in the past and what nice memories have you got when you look back?

Vanvelthoven: I did my best for everybody. But with Tony Cairoli, Ken De Dycker and Jorge Prado I am feeling really close to them. With these riders I was more involved when they came to the team. Tony was there in 2004 when the whole team came for the entire season to my workshop and he didn’t know anything here and for me everything was also new. 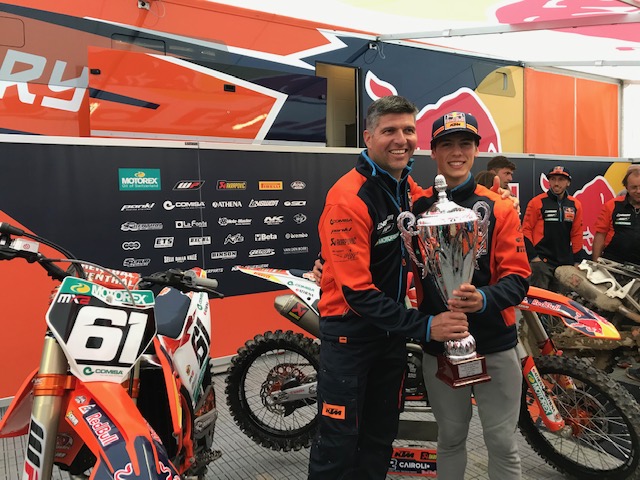 For Ken. I pushed a bit for Claudio to take him in the team after he quit with LS Honda ten day’s before the start of the GP season. Jorge came to
my workshop alone with his father when he was eleven years old. He stayed in his camper at the workshop for three months. Later I helped the Prado family with a lot of other things so with them I was also really close. With these three riders I think I am friends for life.

Gatedrop: Jorge Prado might only be 19 years old but has already achieved a lot in the sport and is already at the front of MXGP. Mentally he seems very strong and determined!

Vanvelthoven: Yes, he is one of the most talented riders I have ever seen.

Gatedrop: Obviously both Prado and Cairoli are under the same awning and both want to win, what’s the atmosphere like within the team this year?

Vanvelthoven: The atmosphere in the team is still good. For sure they both will go for the win. But they are professionals and they are training and racing together. They push each other to an even higher level. So in this way they need each other.

Vanvelthoven: Jorge was a really young kid when Cairoli was already racing in the GP’s. So in that way Tony for Jorge was the perfect teacher. But like I said Jorge is really talented and he picked up everything very quick. 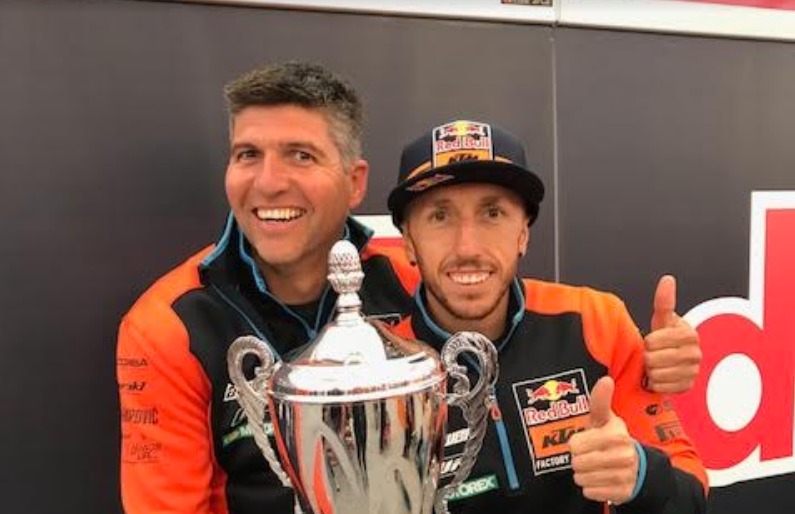 Gatedrop: There’s a lot of talent in the GP paddock these days, is that something de Carli is always looking out for? Could we see the team sign more bright young talent in future years..

Vanvelthoven: Yes, the team is always scouting for young talents. There is an announcement coming soon (laughs).