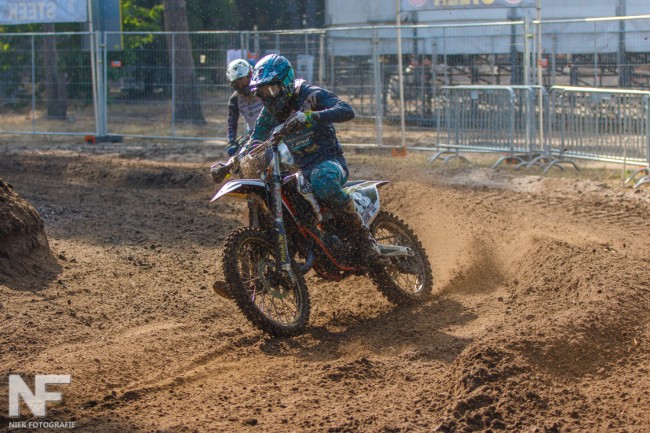 One of the Brit’s competing in the EMX125 Championship is Adam Collings. The Brit is yet to score a point in the incredibly competitive series but he’s been improving as the series continues and gets closer.

Collings focuses racing in the Netherlands as oppose to racing in the UK but he still does selected UK events when his schedule allows.

We caught up with Collings to discuss his season so far.

Gatedrop: Adam, what age were you when you first rode a bike and your first race? What was your first bike also?

Gatedrop: Growing up who was your motocross idol?

Adam Collings: I always looked up to Ryan Villopoto because he rode a Kawasaki and he faced a lot of adversity but he always came back strong to win.

Gatedrop: What would you say has been your biggest accomplishment so far in your career?

Adam Collings: I’ve had lots of great moments racing, I would have to say my favourite though was winning the 125 European Supercross championship last year in Poland.

Gatedrop: How’s the EMX125 series going for you so far this year?

Adam Collings: It’s been a bit of a slow start to the season but my results are improving as at the last EMX I qualified 8th in my group, we just need to score some points next.

Gatedrop: How would you describe the level of the EMX125 series?

Adam Collings: It’s the most competitive racing in Europe, all the best riders go there and they are all fast so everyone is capable of getting a good result making for some great racing.

Gatedrop: It must be pretty hard to compete against some of the factory bikes in the class being a privateer?

Adam Collings: It is difficult but being on a more powerful bike doesn’t give you the results, you need to ride the bike to its full potential to truly find it’s limits and I have beaten other riders on tuned bikes while I was on a stock bike, you just need to trust in your riding.

Gatedrop: What are your goals for the rest of the season and what races are you looking forward to the most?

Adam Collings: For the rest of the season points at the EMX’s are the goal and to improve each race, I am also looking forward to the European Supercross championship again.

Gatedrop: In terms for next year, do you have any plans yet – will you move up to the 250cc machine?

Adam Collings: For next year I will be moving up to the 250’s racing the Dutch masters and EMX 250 championships.

Gatedrop: You’ve had quite a lot of injuries since getting on the 125cc, mentally and physically that must be hard for you to deal with?

Adam Collings: I wouldn’t say I have had a lot of injuries, before last year I had never been injured before, I was just unlucky when I tore my meniscus and we had a scheduled operation to fix it and when I hurt my hips it was just unlucky but I don’t think it has affected my riding as I feel great and I’m getting better every week. It was tough loosing my rookie year but we are always learning and improving.

Gatedrop: I believe you’ve not been selected to race for team GB at the JWC this year, that must be very disappointing for you?