Interview: Adam Chatfield – to step away from the sport after Arenacross 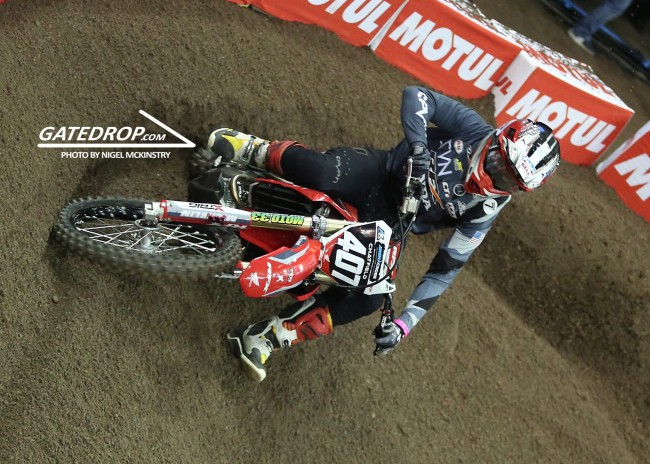 It was quite surprising to see Adam Chatfield on the line up of riders racing the Areancross UK as it was thought that last year was the last time he’d contest the series. However, the Brit got a last minute deal together with the RFX Honda team for this years series and had a good first round in Belfast.

As his deal came quite late it means Chatfield hasn’t had much time to prepare so should be better at the next rounds of the series as he’ll get some more bike time in.

The Brit has revealed that he’s pretty sure this will be the last series he rides as it’s likely he’ll step away from the sport after a pretty successful career – he’s raced all over the world including America and Brazil.

We caught up with Chatfield after Belfast to discuss the series, his future and much more.

Chatfield: I wanted to do something different and ride a 250cc this time. I haven’t been preparing for this really because everything happened at the last minute. I decided to give it one more go, I’ve still got a bit of fight in me yet. I just wanted to try it and see how I get on.

Gatedrop: Can you talk me through both rounds here at Belfast?

Chatfield: Yeah, Friday went quite good for me actually. In the Superfinal I got a good start and rode really well, I was third for most of it until two laps until the end. I got passed and made a mistake which meant I couldn’t jump the finish jump so I ended up fifth. I was pretty happy with that, I was the first Honda rider as well so that was good. Tonight (Saturday) I just struggled a little bit. I didn’t get great starts and I just didn’t ride that great and I made a few mistakes so we didn’t get to the Superfinal. 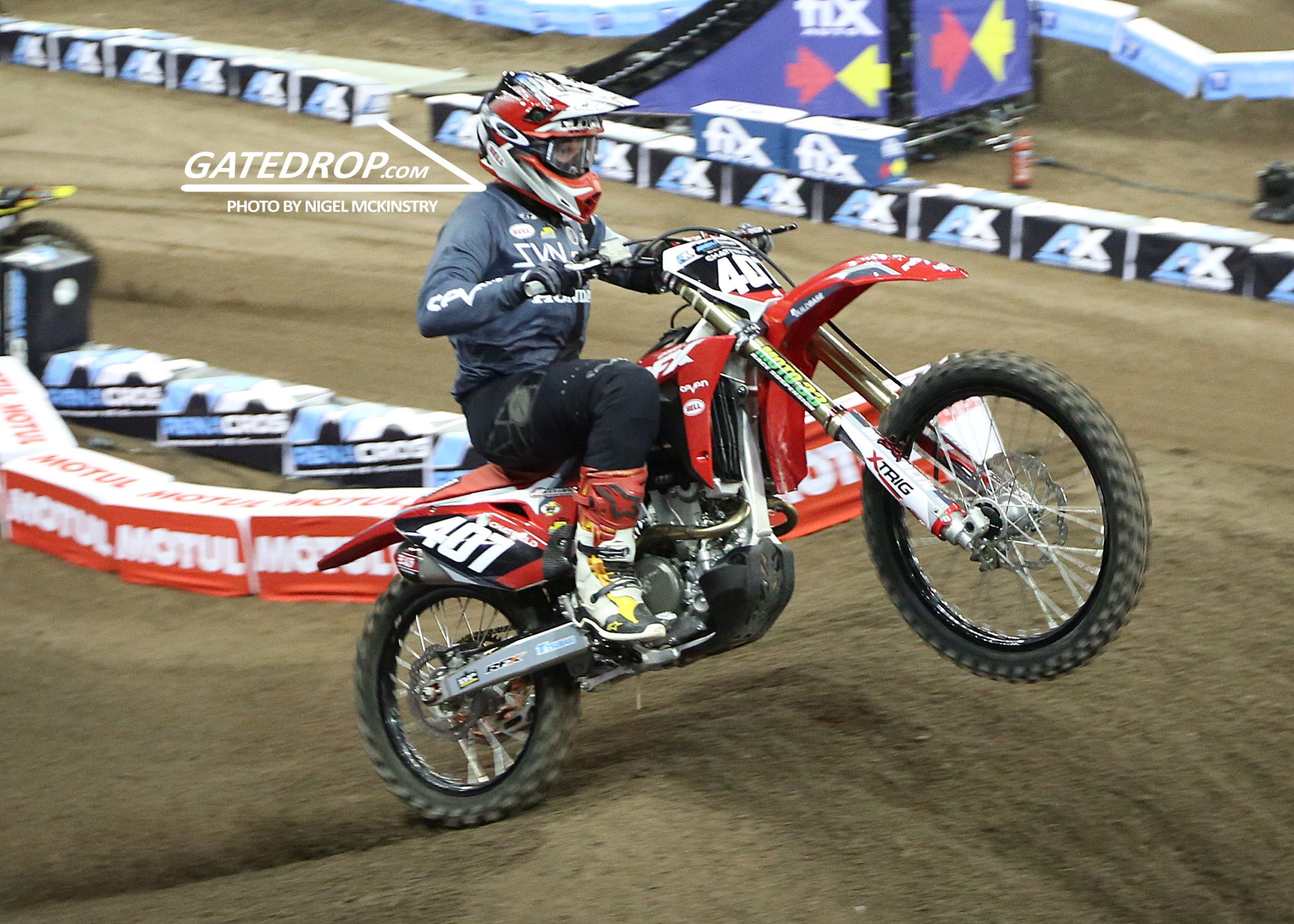 Gatedrop: What where you thoughts on the track for the two different rounds? Today certainly seemed faster and a bit more flowing?

Chatfield: Yeah, the track was faster today (Saturday) so it made it hard for passing, the track was very slippery too so there weren’t many racing lines out there.

Gatedrop: Just looking at the rest of the series, there’s four rounds left, what’s your expectations for them?

Chatfield:  I can ride a little bit now which is good, I only had a bike a week before this one so hopefully I can get more bike time in. I want to come out and finish on a good one.

Gatedrop:  On the line up of riders this year, would you say this is the most stacked it’s been?

Chatfield: Yeah, I think it is. There’s a lot of good guys not even qualifying and guys like Dan Reardon who aren’t even winning. You’ve got that new kid, Brian Hsu and he’s really good so it just goes to show the talent on show. Everyone out there is a good rider, it’s pretty hard. I think it is the most stacked it’s been, Ramette a champion is back as well, it’s hard.

Gatedrop: Do you see this as being your last year or will you not rule anything out at this stage?

Chatfield: Yeah, I think this will be the last one this time. I’m pretty sure now (laughs).

Gatedrop: When you do stop racing, have you any plans to stay in the sport or do you think you’ll just step away from it altogether?

Chatfield: Yeah, I will still do a little bit. I am pretty much going to stop racing professionally but I will always have a bike at home and stuff. I do have other things to concentrate on now, I think I’ve had my time and that’s what matters.

Gatedrop: When you look back at your career, what would you say your main highlights would be?

Chatfield: I’ve done alright. I’ve qualified for Supercross at AMA, that’s probably one of my main highlights. I think I was 11th or 12th in a final in the Lites class. I got 8th at Glen Helen at an outdoor National. I had some good results, I never set the world on fire but it’s not too bad for a guy from a little place in Wiltshire.

Gatedrop: You also spent time racing in Brazil, what was it like racing there and even the country, what was it all like?

Chatfield: I was in Brazil for five years actually, I made a lot of good friends out there. I was actually Brazilian Motocross champion and I won the Arenacross series in Brazil as well. That was a really good experience as well, a life experience definitely.