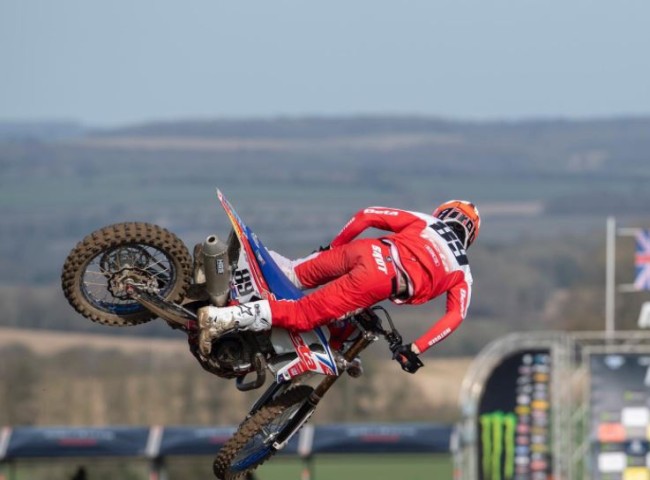 Jeremy Van Horebeek recently announced that he would be retiring at the end of the season meaning Turkey would be his last MXGP race and the MXoN at RedBud would be his last race as a professional. However, unfortunately things went wrong for the Belgain whilst racing the penultimate round of MXGP in France.

Van Horebeek had a huge crash and as a result has broken ribs and is in a lot of pain. It looks like that could be the way his MXGP career ends which is such a shame after everything he has done for the sport.

We would like to wish Van Horebeek a speedy and full recovery.

“Bad news for our team in France. Jeremy Van Horebeek had a huge crash during race one while he was in P10. Now Jeremy is under control in the hospital. The first news is broken ribs and a lot of pain. We will give more info as soon as available. Get well soon Jerre”, the SDM-Corse Beta team stated on social media.