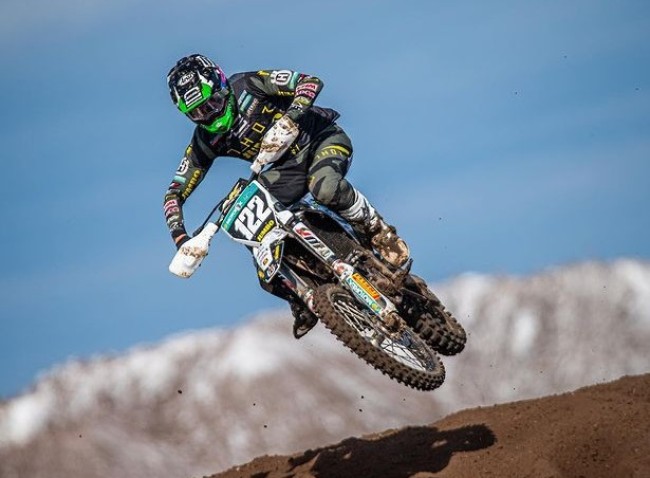 Camden Mc Lellan crashed out during free practice at the sixth round of the EMX250 series which took place in France at Lacapelle-Marival and was ruled out of action for the day.

We’ve been in touch with the Mc Lellan camp and have been informed the South African has broken his collarbone which is a real shame. It’s thought that with the rest of the EMX250 series taking place in such a short space of time it will end his season which isn’t ideal.

The BT Racing team still have Jörgen Matthias Talviku to contest the EMX250 series but it remains to be seen if they will sign up a replacement rider for the rest of the season.

Mc Lellan has now confirmed the news on social media.

“Black day” in France. Dropped the clutch in a high speed corner and my hand slipped off, the rest happened to quickly to process but I’m now left with a broken collarbone. Was feeling so confident coming off a solid first race last weekend in Germany, and track was so fun this weekend. Felt like everything was going in my direction then for this to happen, hurts my feelings more than anything else. End of the season for me, so until next time I guess. As always a big thanks to my mechanic @patrick.wienen_wps and the team @btracingteam for everything you’ve done for me this year”.