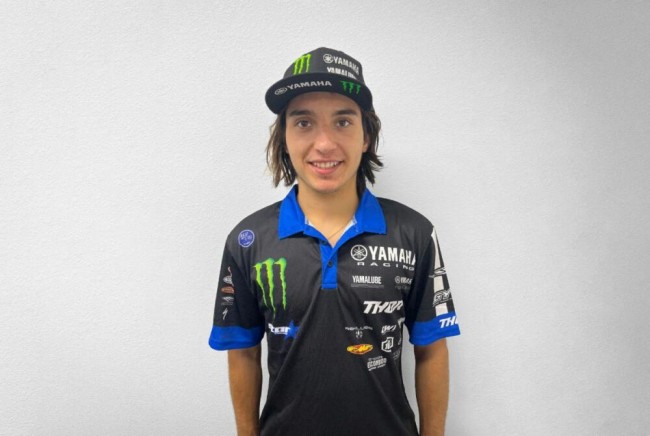 Monster Energy Yamaha Star Racing is pleased to announce that Guillem Farres will join the 250 team at Round 10 of the Lucas Oil Pro Motocross Championship at Budds Creek MX Park on Saturday, August 20. One of the sport’s rising talents overseas, the team is happy to give the Spaniard the opportunity to make his debut in the U.S. Unfortunately, Nick Romano was injured while preparing for the upcoming round and will not line up this weekend.

From Balsareny, Spain, Farres is one of the sport’s up-and-coming talents. In 2020, he was crowned champion in the Spanish national motocross championship’s 125cc class and is currently leading the MX Youngster Cup, the 250 class in the German national motocross championship. The 19-year-old has also won some rounds this season in the European Motocross Championship and has scored three top 10 finishes in the FIM World Motocross Championship’s MX2 class. Guillem will also compete in this year’s Motocross of Nations at RedBud for Team Spain in the MX2 category.

On the heels of his best moto result – a fourth-place finish last weekend at Unadilla – Romano was looking to build on the momentum from his home race. Unfortunately, on Tuesday, the rookie crashed while training at the team’s track in Cairo, Georgia, and injured his thumb. An update on his return will come at a later date, as will an update on teammates Matt LeBlanc and Levi Kitchen, who are back riding and working on getting back to racing.

Jensen Hendler
Monster Energy Yamaha Star Racing 250 Team Manager
“We were really impressed with Guillem and are looking forward to seeing what he can do this weekend. We’re bummed for Nick. He really had a great ride at Unadilla, and we were looking forward to this weekend, but that’s racing. The team has been hard at work all week, and we’re ready for Budds Creek!”

Guillem Farres
Monster Energy Yamaha Star Racing
“It all started two weeks ago when I got the call to come over here while I was on a little holiday in Spain. In the beginning, I couldn’t believe it, and I just figured out a way to come here to America. I was not supposed to race, but I had a good week. I think they were happy, and I was really happy with the bike, everyone, and how things were going. They offered me to ride at Budds Creek, which is a dream for me. I’m really grateful for the opportunity, and I’m really looking forward to the weekend. The bike is unbelievable, and everyone on the team has been really helpful and friendly to me. We will see how it goes, but I’m really pumped and motivated to race this weekend.”