Geerts on second in Krasna Lipâ 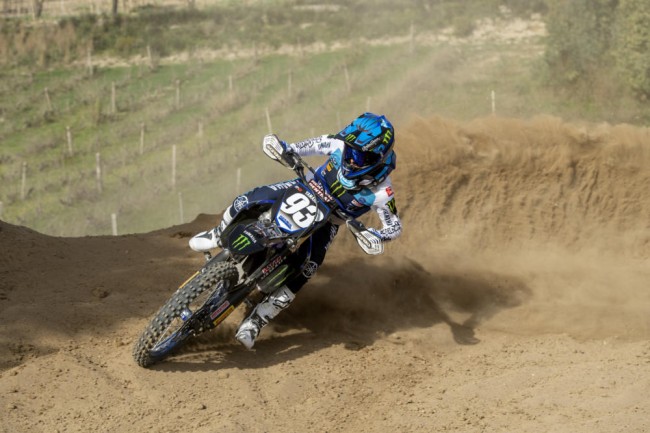 Jago Geerts finished second (third and second in the motos) in the international race in Krasna Lipa, Czech Republic. “It was a very good training in the light of the first GP in Russia,” said the vice world champion MX2.

The race in Krasna Lipa was initially not on the Monster Energy Yamaha Factory MX2 Team’s schedule, nor on that of Geerts. Last Wednesday, the Belgian decided to travel to the Czech Republic after all. “I wanted to have an extra race in the context of the MX2 World Championship that will start in two weeks time”, Geerts said. “It was also a very nice track, with the same soil as in Russia, where the World Championship starts. So, this was a perfect training.”

One line
Geerts was the sole rider of the Monster Energy Yamaha Factory MX2 Team at the start in Krasna Lipa, where the MXGP and MX2 riders competed against each other in an open class. Team mates Maxime Renaux and Thibault Benistant preferred a training session in Belgium.
Geerts, who had set the fourth fastest time in qualifying, was fifth in the first turn of the first heat and quickly moved up to fourth place. But then he stayed behind the German Ludwig too long. “There was only one good line and it makes absolutely no sense to take risks in these kind of races,” said Geerts. At the end of the race he managed to pass the German, but the top two – both on a 450-bike – was alreay too far ahead.

Last test
The vice world champion got off to a slightly better start in the second heat (fourth) and immediately moved up to third place. Geerts got involved in an exciting duel with Butron. Jago needed almost fifteen minutes to get past the Spaniard. Geerts chased Locurcio fiercely and closed the gap in the last lap, but just couldn’t pass the Venezuelan anymore.
“Still, I am satisfied with my race,” said Geerts. “It was a very good training, with two motos of 30 minutes and two laps. I will ride in Ernée next week. That will be the last test before the start of the World Championship. I can’t wait for that championship to start.”