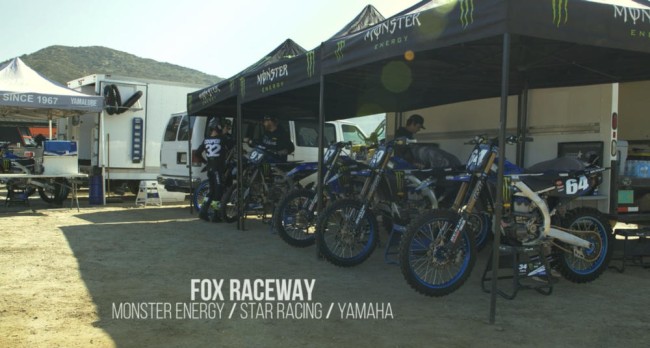 See the Star Racing Yamaha team getting some outdoor testing done including a very fast and smooth Christian Craig who Jeremy Coker, the 450 Star Racing 450 manager, told us is likely to be on the 450 for the US Nationals, saying: “Christian is testing for us to get ahead for the outdoor season, there is a chance he will be riding, YES.”

It was a fast, elite level US National pace with Jeremy Martin and Justin Cooper, two expected 250 title contenders, tearing it up alongside young rookie Levi Kitchen who has reportedly be flying as he nears his pro debut by getting a good look at the pace it takes to be a front runner.

To increase the pace further, Plessinger, Craig and Ferrandis were out together on the 450s and Malcolm Stewart was even putting in the laps hoping he can race some outdoor in 2021. See his interview on Swapmoto below the Vital MX testing video.