Five things to watch at the Red Bud MXoN 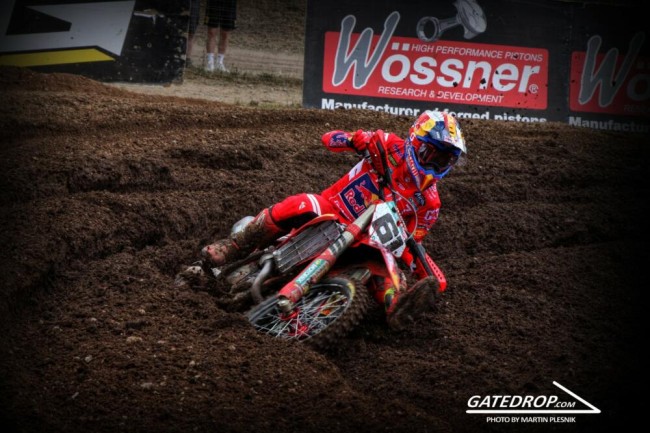 Who can run with Sexton and Tomac: In order to win the event, someone will have to be on the pace or better of Eli Tomac and Chase Sexton. The American duo have set a white hot pace all year in America and have home advantage in 2022 at the MXoN. But if France want a chance at this title, Renaux and Ferrandis will have to run that pace and if they get the starts, I think they can. The same can be said of Vlaanderen and Coldenhoff, who, when they are on their A game, are very fast indeed as Glenn proved at the same venue back in 2018. Jorge Prado beat Eli Tomac on a 250 in 2018 and if his health has improved and he gets the starts, expect him to show some good form on a track that isn’t always easy to pass on. We haven’t seen the best of Prado this year but Red Bud would be a fine time to do it!

As we mentioned above Jett Lawrence and Jago Geerts certainly have the ability as will Jeremy Seewer, who has shown the form of his career in the second half of the 2022 GP season and isn’t scared to hang it out! Prado, Seewer, Renaux, Vlaanderen and Coldenhoff have all won races in MXGP, they are capable of challenging the Americans this weekend as is Cairoli and with Jett Lawrence, Mitch Evans, Ruben Fernandez and Jago Geerts in the mix as well the US duo might be pushed more than they expect.

The MX2 battle: With Shimoda, Lawrence, Cooper and Musquin, de Wolf, Laengenfelder, Everts, Horgmo, Adamo, plus Anstie and maybe even an in-form Valentin Guillod all capable of winning, the MX2 fight for individual winner should be sensational. Starts will play a huge part and with the three fastest riders over 2022 with world champ Vialle not there and US champ, Jett Lawrence and MX2 runner-up Jago Geerts going 450 it is wide open for MX2 glory – and maybe the chance for a non US team to gain some points on Cooper and team USA.

Geerts and Lawerence on a 450: While it would have been amazing to see Vialle v Geerts v Jett in an MX2 shooutout it will also be fascinating to see how both Jett and Jago adapt to the 450 machine against some of the best in the world, even if Herlings and Gajser won’t be racing. Both riders have amazing talent and ride very smooth and technical, so it should suit the Aussie and the Belgian, Jett might just have more self confidence to go and mix it with the likes of Sexton, Tomac, Renaux etc but Jago certainly has the ability to do it as well. But usually, Jago needs more time to be sure he’s one of the main guys and with that bitter MX2 title defeat in the most gutting of circumstances, will that still be on his mind or is the MXoN and a 450 the perfect way to the bury the memory of a horrible day in Turkey? He’s certainly looking comfortable at Carmichael’s but racing at the Nations is a whole different story.

Underrated teams: Norway could be a team to keep an eye on! With Kevin Horgmo leading the way in MX2 after finishing fourth in the world he will be backed up by young super talent Hakon Osterhagen on a 250 Fantic as well as another EMX rider, Cornelius Tondel riding the 450 Fantic, three good riders go a long way to a good overall result. Belgium aren’t being talked about a lot but they do have a very good team with Jeremy Van Horebeek a top ten level MXGP rider going into his last ever pro race, Geerts flying all year and now on the 450 to allow Liam Everts, who has improved all season and is now in that top 6 calibre of rider in MX2, and the track should suit all three men they could be a podium threat if things go well.

Switzerland are also secretly strong as a team, they have a flying Seewer and a back in form Valentin Guillod so they could also ruffle some feathers with Kevin Brumann their able third rider and also GP level. We can also add Spain to the list, world no. 3 and world no. 8 in MXGP with Prado and Fernandez plus Farres on a Star Yamaha, they could be a real threat for the podium if the starts are good and both 450 guys are finally healthy after a tough second half of the MXGP season. Then there is Canada, almost a home MXoN with GP proven Dylan Wright leading the way plus the always solid Estonia and Germany with Laegenfelder, Nagl and Koch a capable team – but Roczen is a miss.

Cairoli’s form: Italy are defending champions but haven’t really been talking about much this year. Cairoli is semi-retired and hadn’t had much training before his AMA MX races this year but was still top five speed. When he was more prepared he qualified second at Budds Creek ahead of Sexton and Tomac only to get injured in the first moto. But he has been back on the bike and if he is back to his GP level he could lead Italy into contention for at least the podium if not more. Don’t sleep on the ability of Guadagnini on a 450 or the speed of Adamo on a 250 who now has a factory Red Bull KTM contract in his back pocket for 2023 at just 18 years old.