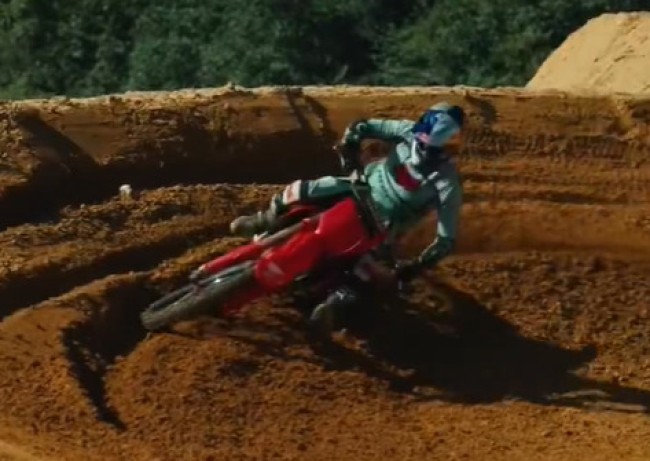 Ken Roczen will race for the Honda Genuine Honda Racing Team for the 2022, WSX championship as he continues to be a free agent heading into the 2023 season after Honda refusing to let him sign next year’s contract if he raced World supercross!

(September 21) – Already announced as due to contest the 2022 World Supercross Championship, Ken Roczen has been confirmed as part of the Honda Genuine Honda Racing team for the series, which gets underway with the British Grand Prix on Saturday 8 October in Cardiff, Wales.

The German will compete in the WSX (450cc) class aboard a CRF450R built and prepared by the HGA squad and equipped with Showa suspension, thanks to support from Factory Connection, meaning he will be competing aboard machinery that he is comfortable on, which will aid him in his quest for the WSX title.

“Yarrive [Konsky, Honda Genuine Honda Racing team owner] and his team are experienced, and they have achieved creditable results across the globe. I want to race this off season, and the Honda Genuine Honda Racing team is working with me and my personal sponsors,” said Roczen. “I am looking forward to seeing parts of Europe that I have not experienced as an adult, and I am really looking forward to travelling to Australia too. I have friends and fans there and can’t wait to enjoy some off season racing and great people.”

“Ken is one of the fastest and most experienced racers in the world. I believe that experience is going to help the team,” Yarrive Konsky added. “Additionally, his popularity will only help the sport grow globally as he races in new countries. It is a rare opportunity for me to learn and for fans of supercross around the world to see him in action. We are happy to play a small part in that.”

October 8 marks the beginning of the 2022 FIM World Supercross Championship. Principality Stadium in Cardiff, Wales will host the historic event. Roczen last raced in front of the British fans in the August of 2011 – he won the FIM Motocross World Championship round that was run on that day and took the MX2 world title in that same year.

Tickets for the British Grand Prix can be purchased here.