Five things from the MXGP of Lommel 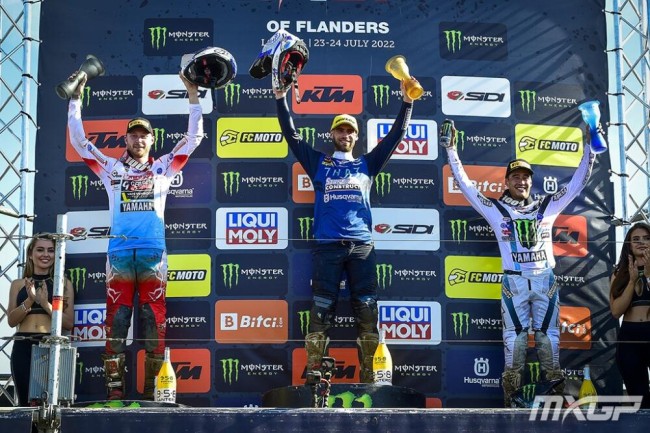 Whether it be the EMX125, EMX250, MX2 or MXGP class, the racing was superb in every single class during Lommel. In the EMX125 class you had the surprise package of the very impressive Julius Mikula winning the first moto – Czech riders aren’t supposed to be that good in deep sand! Janis Martins Reisulis then showed his class in moto two to clinch his first EMX125 overall on the toughest track, what a future that kid has! In the EMX250 class, Lucas Coenen stole the show, in the second moto he was posting lap times two, three or even four seconds quicker than the rest of the pack.

Kay de Wolf and Jago Geerts were unbelievable to watch in MX2, that’s exactly how you ride the sand. They make it look easy but it takes years to perfect. Coming into the weekend not too many people would have had Brian Bogers down to win the Grand Prix but he produced the goods to edge out Calvin Vlaanderen who was also impressive. 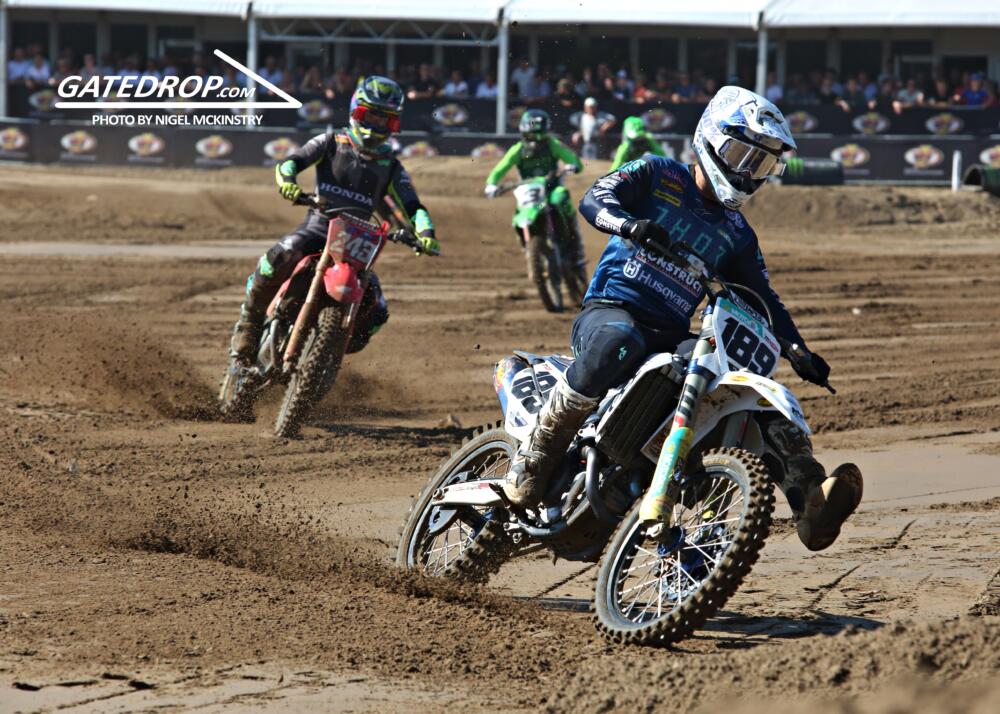 Going to the track on Friday, it was unrecognizable! The MXGP and EMX riders know Lommel well as they regularly practice at the track but the organizers did a superb job with the track changes. Not only were they going the opposite direction from normal but a number of changes made it feel like a new race track.

The track got unbelievably rough, it was full of holes and bumps and with temperatures reaching 30 degrees it made it even more difficult. Credit to the track crew who didn’t do too much track leveling overnight and during the breaks on Sunday which kept things lovely and rough which made it a superb watch. Seeing the technique on show from the best riders in the world was superb and how much momentum they carry to glide over the bumps.

The Dutch rule the MXGP class

What a weekend it was for the Dutch! An all Dutch podium in the MXGP class with Bogers, Vlaanderen and Coldenhoff is just unbelievable. It certainly doesn’t make picking the MXoN team any easier, that is for sure! There is going to be at least one rider extremely disappointed. The last time we saw an all Dutch podium was back in 1993 at Mons with Dave Strijbos, Pedro Tragter and Remi van Rees dominating the 125cc class there nearly 30 years ago!

Kay de Wolf just came up short in taking the overall win but rode fantastic to win the first moto and followed that up with second to take the runners up step on the podium but as he gains experience he’s going to be exciting to watch for the future.

It was also a good weekend for Rick Elzinga in the EMX250 class – he might not have won but 3-3 was enough for second overall and extend his championship lead to thirty points. With three rounds remaining, he’s looking good to become EMX250 champion. 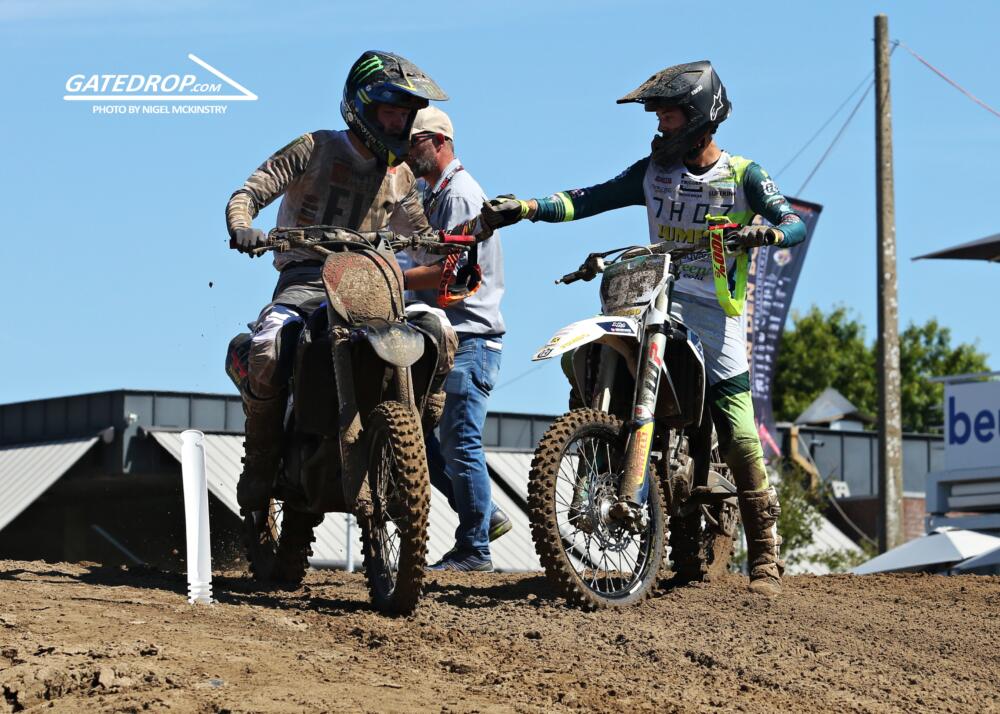 The weather obviously helped but the atmosphere was electric the whole weekend. On Saturday there was already a great turn out of fans and Sunday was even busier. The fans packed out around the track to watch the riders tackle the brutal conditions and it feels like everyone was buzzing.

The good racing obviously helped get the fans excited but it was great to see. It’s a shame there’s currently no Dutch MXGP round on the calendar as these fans clearly deserve one to go too not to mention the amount of Dutch talent in the paddock – hopefully it can return to the calendar in the near future and Lommel remains for many years to come! 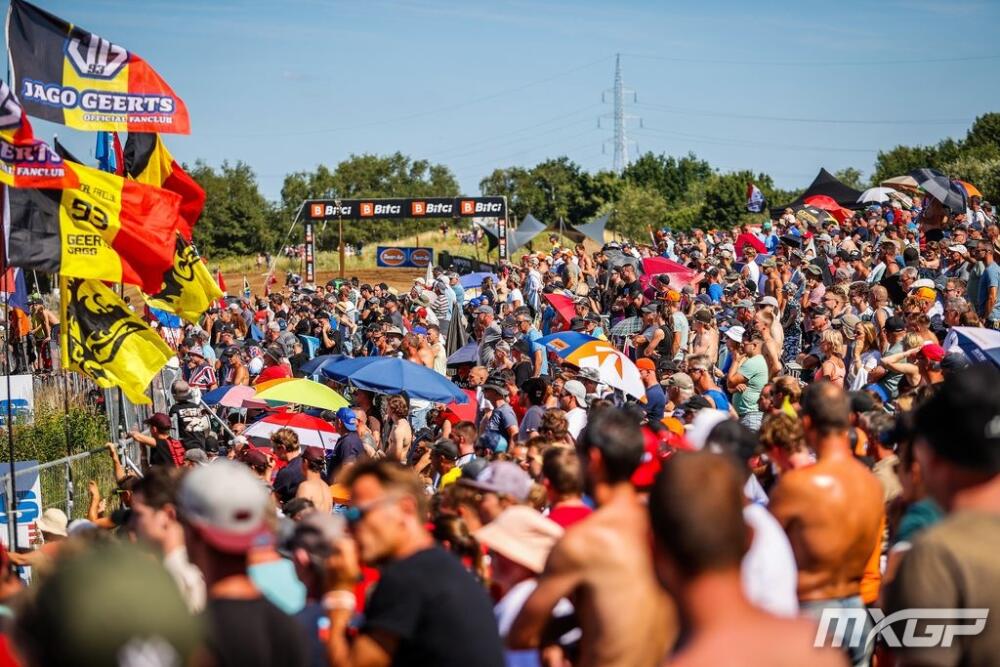 There were a host of former GP riders in the paddock at Lommel to watch the current generation of MXGP riders. It was fantastic to see Bas Vaessen back in the paddock and was in good spirits although pointed out how many tracks have been changing layouts lately – he wishes he was out there racing but it’s great to see him show his face in the paddock again. Thomas Kjer Olsen who picked up a serious injury earlier this season was also in attendance which was lovely to see.

Current MXGP World Champion, Jeffrey Herlings was watching on although probably in pain, his dream track and you can only imagine how fast he’d have been in those gnarly conditions. Antonio Cairoli and Clement Desalle were also roaming around and last but not least, former Formula 1 legend, Kimi Räikkönen who owns the KRT MXGP team was keeping tabs on Romain Febvre and Ben Watson as well as his nephew, Tiitus who is getting closer to qualifying for the competitive EMX125 series. 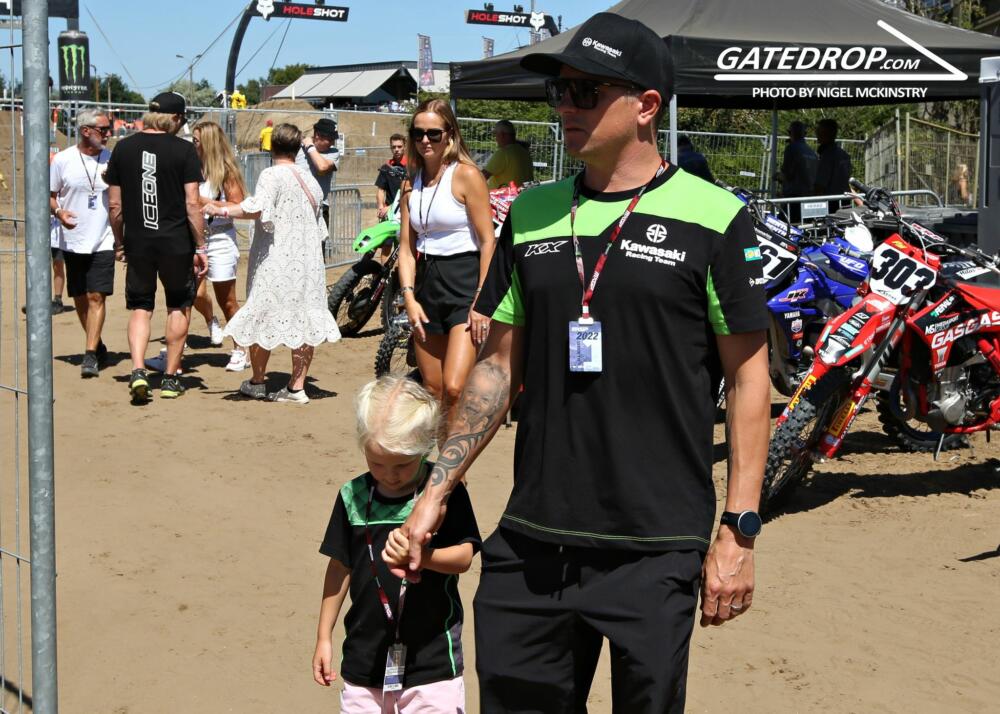