Bogle back for Houston 2 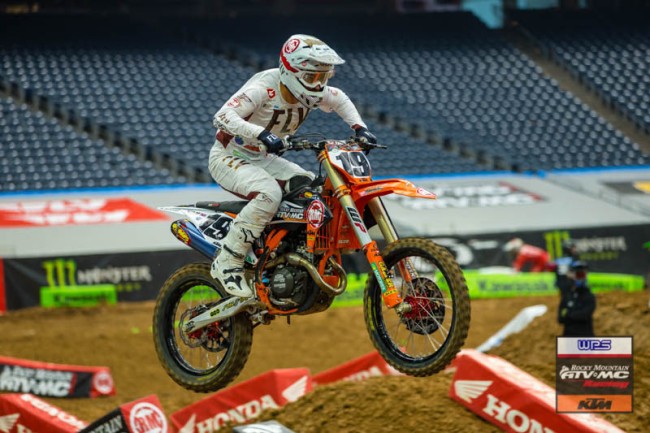 Justin Bogle would didn’t line up for the night show as an unfortunate crash in the second qualifying session left him banged-up with a sore lower back, hip, and knee. Both Justin and the team decided it would be best that he sit out and come back ready for round two.

Savatgy came into the season opener ready to do battle as he put down the 10th fastest overall time in qualifying. In his heat race, Joey used a good start to place himself inside the top 10 early on. He found himself in a battle at the tail end of the top 10 with Benny Bloss and Martin Davalos late in the race. The three traded places until Joey passed the checkered flag in 8th place. The main event had Joey working his way forward from 15th place as he was pushed to the outside in the first turn. He worked his way to just outside of the top 10 by the midway point of the race. Joey then put on a late race charge and found himself within striking distance of 10th place, but could not make a pass stick. He ran out of time and took the checkered flag in 11th place.

Savatgy said: “I felt good tonight, although the results are not what I wanted. The track wasn’t very technical and with this being my first Supercross back in over a year, I am glad to get through the first round safe. I have a starting point now, so it’s time to build from there. We will make a few changes to the bike before Tuesday night’s race and come out ready to fight for a top ten finish.”