Eli Tomac: They are raising the game and the level of motocross! 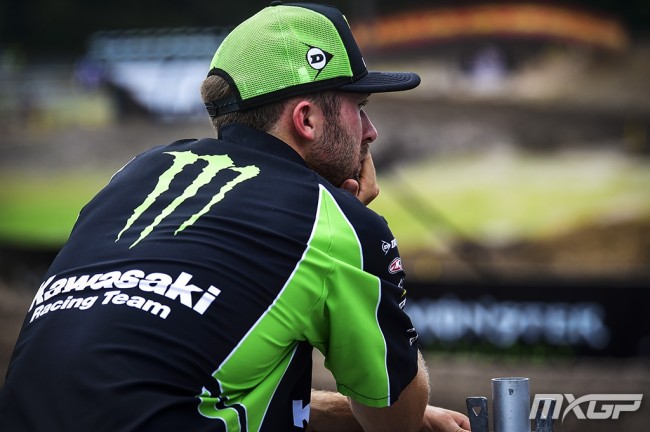 A sensationally honest Eli Tomac was full of praise and respect for the MXGP riders, especially Jeffrey Herlings and Tony Cairoli after the US GP.

Tomac, ironically one of the few riders who, on his day, can run with the KTM duo, said: “I got the holeshot in moto one and rode a good pace, was able to get the win. In moto two, Jeff and Tony were going really fast, we saw that from them all weekend, so I was kind of the third place guy but was able to get that second overall.”

“I really enjoy racing against these guys, it’s something different you know, they are raising the game and the level of motocross, that’s for sure. I would say we (American motocross) definitely have some catching up to do. I enjoyed this race, there wasn’t really any pressure this week. Yesterday I wasn’t liking it – but today I enjoyed it and had a good weekend.”

It is high praise indeed from the US 450 motocross champion, and it is nice to see someone in the USA, especially a current US champ, who isn’t scared to be honest about the current level of MXGP.

Tomac isn’t a loud, show-off kind of guy, he just works hard and goes really fast, so for a guy of that calibre who usually let’s his riding do the talking to be so honest, it says a lot for the level of respect he has for MXGP and the amount it is gaining in the USA. But it also shows the type of humble, down-to-earth character, Eli Tomac is.

You can watch the Transworld MX video below to hear Eli Tomac’s thoughts as well as Pauls Jonass, Antonio Cairoli and Thomas Kjer Olsen, among others: