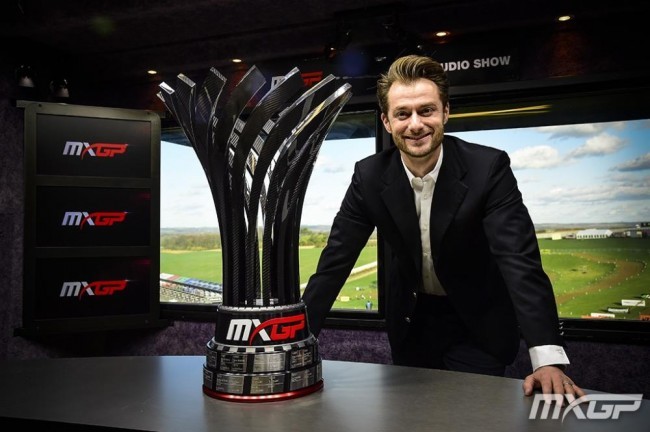 In the recent MXGP mag, David Luongo, CEO of Infront Moto Racing, has revealed that on the back of what happened during qualifying at the MXGP of France that moving forward there will be rider representatives in the paddock. At each Grand Prix, an MX2 and an MXGP rider will be allocated to exchange their feedback with IMR and FIM officials during the weekend.

This started in Germany with Kay de Wolf and Mitch Evans being the allocated riders that weekend with Tom Vialle and Tim Gajser allocated in Indonesia. The two riders will change per Grand Prix.

You can read Luongo’s latest MXGP mag editorial, below:

“Half of the season is now behind us. After Spain, France and Germany, three events with the biggest crowd attendance of the season, we saw three different overall winners in the MXGP category with Maxime Renaux in Spain, Jeremy Seewer in France and Tim Gajser in Germany. TG243 is increasing his gap with Seewer as we are heading to Indonesia-Sumbawa, for the comeback of the MXGP in this beautiful country after two years of COVID-19 restrictions. In MX2, we are going to have a strong battle between Jago Geerts and Tom Vialle, who seem to be on another level this year.

A lot of things have been said the last couple of weeks after what happened during the French Grand Prix. Communication is always very important, so during the following days in Germany, we met with the manufacturers, the teams and the riders, and we were able to tackle many subjects and we had the opportunity to talk with open mind about MXGP. We agreed that at each Grand Prix, starting from Germany, there would be one rider from each class acting as the representative of MXGP and MX2 in order to exchange their feedback with IMR and FIM officials during the Grand Prix weekend.

It is important to mention again that Infront Moto Racing is the promotor of the MXGP World Championship and that during the last 2 years of pandemic, our only effort, despite the fact to be in a very difficult financial situation, was to organize a decent and complete championship. We managed to deliver 18 races in 2020 and 19 in 2021 to allow riders first, but also mechanics, media and partners to be able to maintain their work and continue to follow this sport. The last two years have been terrible, but the sport continued to go on and in 2021 we witnessed one of the most exciting seasons ever.

Now that the world is opening again and that we are able to host public again, we also have to think about the organizers. Without them, it would not be a championship, without the fans coming to events, motocross would still be an amateur sport, and without the Overseas Grand Prix, it would be a European Championship. It is true that we are living a very difficult moment. The cost of transportation, flights and fuel are hitting the sky, but we need to find solutions to continue to go on and improve, as we did in the past during the Covid-19, one of the worst times for our sport.

Now we are finalizing the preparations in Sumbawa to offer the best Grand Prix ever performed in Indonesia. MXGP is growing very fast in Indonesia and the passion and investments of the local authorities to build the track and the facilities is already showing the event will have a great success. The track turned to be one of the best of the season, with a lot of elevation.

I would like to thank FIM, FIM Europe, all our organizers, the MXGP partners, the teams and the riders for their collaboration”.