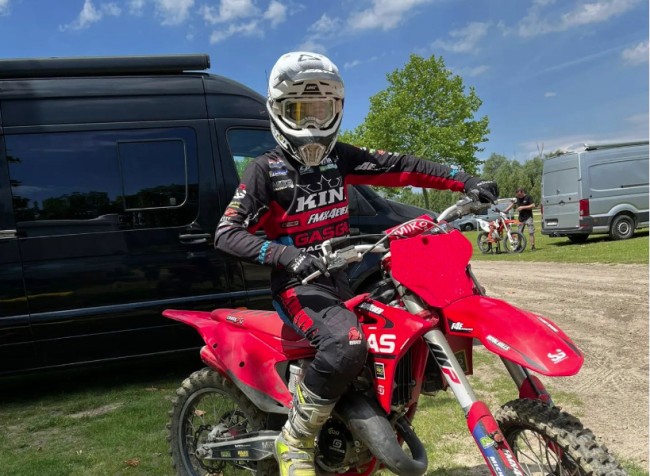 Young Austrian, Maximilian Ernecker has had a solid season racing the EMX125 championship in a privateer effort. Despite sitting twenty-second in the championship, Ernecker has managed a couple of top ten results in a stacked class – consistency is the area he will be hoping to improve in.

Belgian based team, F4E GasGas have spotted the potential in Ernecker and have signed him up for the rest of the season to contest the EMX125 series.

“Happy to ride for FMX4Ever GasGas Racing the rest of the season”, Ernecker stated on social media.