Clement Desalle on Belgian Motocross – I am so furious about it 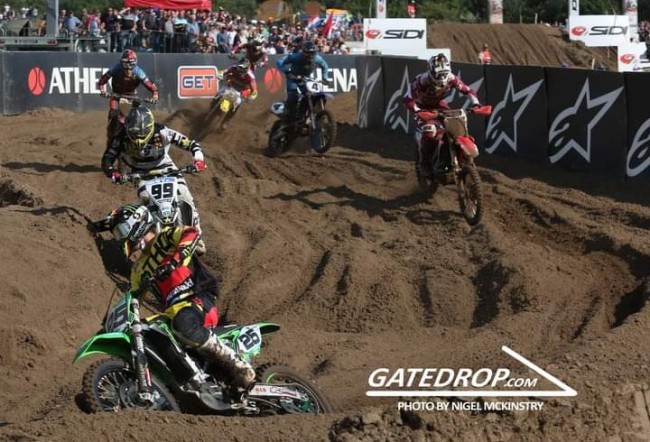 Since Stefan Everts decided to hang up his Motocross boots, the sport in Belgian has took a turn for the worse. There used to be lots and lots of tracks but over the years they’ve closed down and this week it’s been announced that another one has closed – the famous Honda park.

Desalle understandably isn’t happy with the situation in Belgium and worries about the younger riders who have less and less possibilities.

“This point is horrible, I am so furious about it. Belgium is the worse place you can go to train for motocross. The location of Belgium is good because it’s quite in the center a little bit during a season. But there’s only two tracks you can go train and they’re only in the north of Belgium, I mean we need more possibilities and also, I think of the younger riders who want to improve themselves to maybe becoming pro. There are no possibilities”, Desalle recently told GateDrop.com.

Desalle believes there is a big political problem in Belgium – he has been trying to help and voice his opinion in the past but unfortunately it’s only led to empty promises.

“I think is a big political problem here. They make promises in theory, but nothing is happening practically so it is completely stupid. At the beginning I try to help a little with that. I think like 13-14 years ago, I think in my second year of GP race, I went to the South of Belgium to have meetings who had a project for new tracks, still now this project is not there because the city is blocked with the higher political or I don’t know”.

“Also, other projects I speak to politic people in the city about it, but nothing has been happening already since a few years ago, I am tired of it. In the end you lose your time and energy, I think mechanical sports are not welcome in Belgium. There are possibilities to have Motocross tracks but there are always excuses from the politicians, it’s going really bad. I understand everyone should have respect for each other, you could open a track and not ride every day from morning to night otherwise it will not be good for the people that live next to it”.

Desalle is losing motivation and isn’t positive about the future of the sport in Belgium – the news of Honda Park closing makes matters even worse.

“I have lost motivation in this, all my career I had to drive thousand of Kilometres to go out of Belgium to train, we have less tracks in Belgium than ever and we already had not so much. I think when people think about Motocross they have a bad image for nature but I don’t know. This is wrong, you know I spoke about this a few days ago with the ex-president of Belgium Federation and I know another one too. They are two really good guys who did and tried to do more for Motocross in Belgium but they lost the motivation and stopped, I totally understand them. It is a real shame. I think now the politicians should move seriously in the practice side and give Belgium more Motocross tracks. This is not something I am that positive about happening though, which is sad”.

It’s a shame to see what is happening to the sport in Belgium as it used to be the place to be in Europe for Motocross but that’s no longer the case and it could impact the future of the sport with less and less young talents emerging from Belgium.