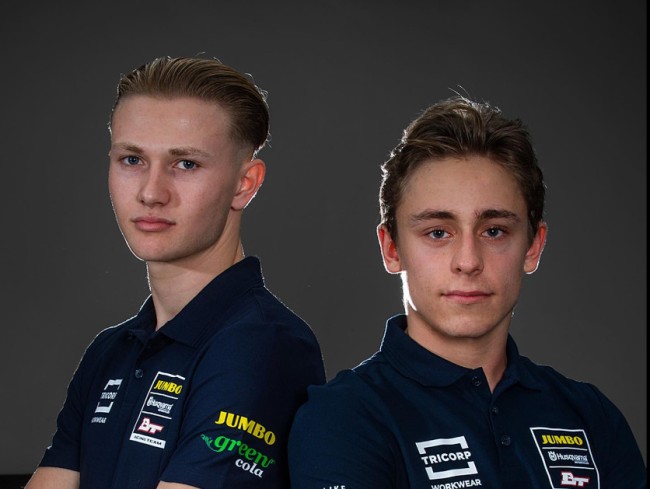 Dutch based team, BT Racing who had the Coenen twins under their awning for the 2022 season have a new rider line up for the 2023 season.

The team have signed up talented French rider, Maxime Grau after he spent two years with the Nestaan Husqvarna team. After health problems at the start of 2022, he’ll be hoping a strong winter will see him in a much better position heading into the 2023 season.

The team have also signed up Belgian rider, Wesly Dieudonne to complete the rider line up for the season ahead. Both riders will focus on the EMX250 championship.

“Our line-up for the 2023 season! Welcome to the team Maxime Grau and Wesly Dieudonne. Both riders will compete in the EMX250 series”, the team revealed on social media.