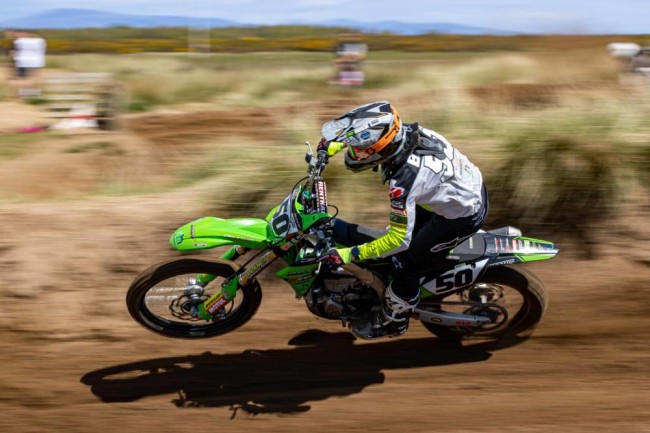 It has been a tough start to the 2021 season for Martin Barr with limited time on the Kawasaki leaving him playing a bit of catch up going into the season. Missing out on the top ten at Culham wasn’t what the Northern Irish star wanted but things got worse at Lyng. A DNF in race one and then two crashes in race two with the latter resulting in a broken foot has now put an enforced pause on his season – but Barr still drove the whole way home to Northern Ireland before getting evaluated!

Barr commented: “Not the start of the season I was after,another tough day at Lyng for round 2 @acubritishmx. Race one crash first lap,got going again then a rock hit the clutch master cylinder and damaged the piston resulting in the clutch sticking on and causing a dnf. Race 2 another crash first lap after colliding with another riding,got going again and had a big crash and flat front tyre put an end to the day! It was a long drive home on Sunday night and after a visit to the hospital yeaterday for X-rays and Ct scan, I’ve broken my foot which I’m totally gutted about!! I’ll hopefully have more news soon on the injury to make a plan! Big thanks to everyone in my corner,it’s only a bump in the road and I’ll be back very soon.”