Ben Watson interview: If there’s anyone you want to beat on the track it’s your brother! 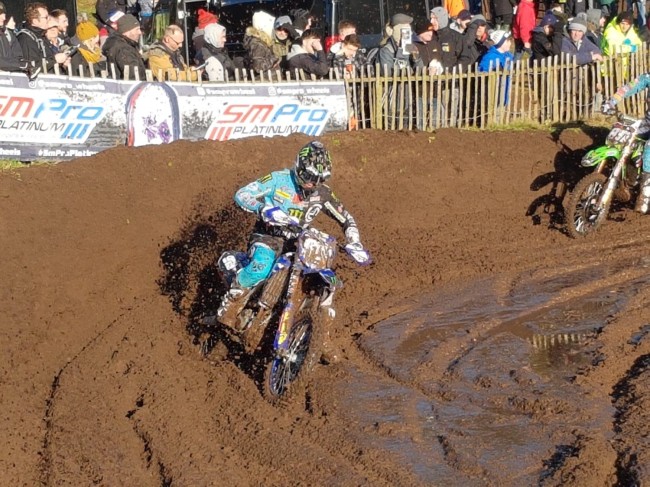 Ben Watson had a solid day at Hawkstone Park and even got into an entertaining duel with his brother Nathan in the superfinal!

It is all change this year for Watson, living in Belgium, and riding a new machine, the Kemea Yamaha pilot has settled in well and shown good speed in both the two pre-season  races so far.

We caught up with the polite and friendly British MX2 champion at the end of the day to get his thoughts on Hawkstone and settling in with the Kemea Yamaha team.

We will start off with today, you got progressively better as the day went on and had a good run there at the end, how do you sum the day up?

From qualifying I had a bad time and was just making so many mistakes and stuff and kind of sorting myself out. The first two races were similar, when I came in I was fresh, I didn’t even feel like I had done a race – I wasn’t riding to my potential. I had okay starts in them both but I was pretty annoyed with myself when I came in.

The final race I had an okay start with the 450s but I stalled it after a few laps and lost four positions. It took me a little while to get back and then the last 15 minutes of the race I felt really good and was coming on quite strong, I know I can do it but that’s what these first few races for. It’s a whole new team and I’m still getting into it, but to know within myself that i have the speed and can do it, I’m happy.

Your were having a good battle with Nathan (brother) there for a few laps, was that fun, you didn’t get to race together much these days!

He was one of the riders riders that passed me when I stalled it and I was like, ‘ah there he goes.’ Once I got back into it again I could see him and if there’s anyone you want to beat on the track it’s your brother!

Obviously it’s s new team and everything, do you feel you are adapted to the bike and all now?

Yeah I have been riding since November, I have  been riding a different brand for the last five years so it is a completely news start, a new change and everything will take a while to get used too but that’s why we are doing these three pre-season races to get into it and it’s coming better each weekend. My speed has been there in both the races so hopefully I can improve some little bits and get some good results in the world championship when it matters.

You were just talking with Jacky Vimond there, is he your riding coach and do you notice a difference working with him and Marnicq?

Yeah he is a full-time coach for me and obviously you have Marnicq who finished second in the world four times, to have a world champion as a coach who has been there and done it before, he is full-time with me and Seva Brylyakov and at these races (Hawkstone) he is one on one with me and it’s a massive help.

And you are based in Belgium or Holland his year?

Yeah I am living in Belgium just literally five minutes from the team.

How is that going living in a new country and different language?

Yeah it’s going okay, you have to be out there for the riding side of it with the tracks, it’s where all the riders going practicing and it gives you someone to not judge yourself against but have some motivation at the track, so it’s going good.