Anstie on speed and misfortune at Red Bud 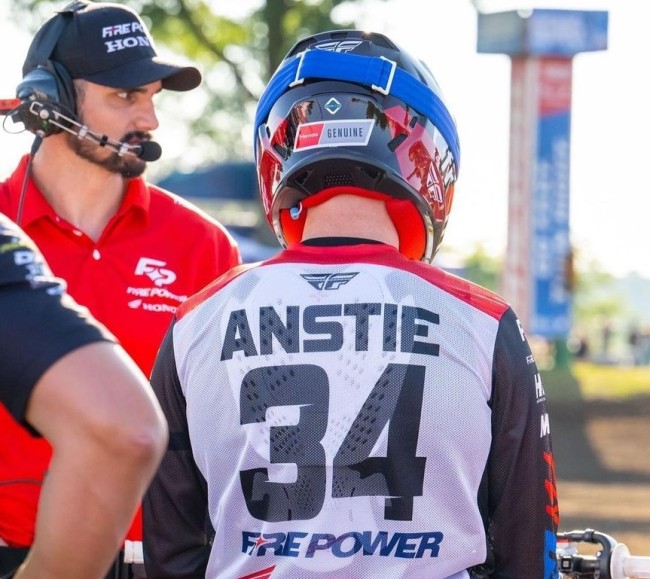 Max Anstie burst back onto the AMA scene by qualifying 8th and then running a comfortable sixth in race one on his new Firepower Honda until mechanical gremlins ended his day frustratingly early.

But Anstie showed that even after an enforced lay-off due to his previous team folding, he still has the speed and for British fans, it serves as a reminder that he could be a big help at the MXON at the same circuit in September!

Anstie said: “My team put their all into giving me the chance to race three motocross rounds, even though it was something they never planned on. A freak issue got in our way yesterday, but the potential is there. I just wish we could drop the gate at Southwick tomorrow.”

Anstie will ride world supercross and AMA supercross on a 250 for the team going forward, in what appears to be more of a supercross only deal at this point – but Anstie reminded everyone at Red Bud just how rapid he can be outdoors too.