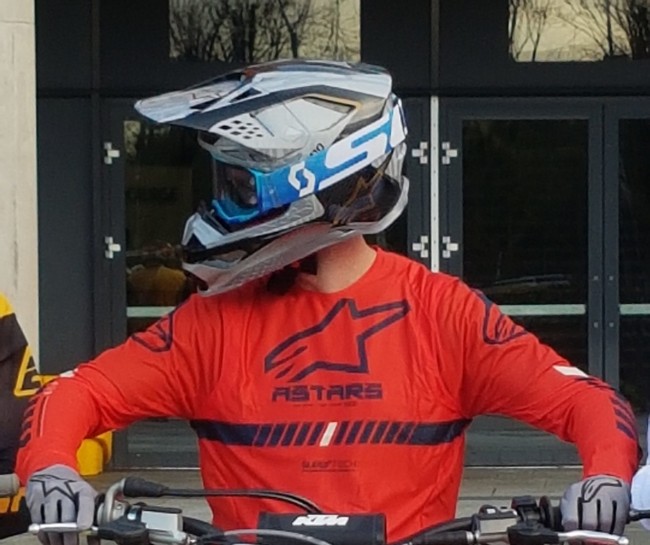 Martin Barr will have a new challenge in 2020 as he moves up to the 450 class outdoors in the UK while running his own BRT KTM team with official support from KTM UK behind him!

The tough Northern Irishman will also campaign a 250f in the Arenacross UK series that begins at the end of January on home soil in Belfast, providing the perfect platform to showcase his new team set-up!

We caught up with Barr to get his thoughts on being a team manager and rider in what will be one of the toughest MX1 classes in recent memory!

A new team, but you did something similar five or six years ago, how does this version compare, is it similar or are you getting more support from KTM?

Yeah for 2020 I am going to be an official KTM team. It’s going to be tough being team manager and doing my riding but I’m not going to be the only one doing that, the likes of Shaun Simpson is doing his own thing. It’s something as you said I have done before, 2013,14 and 15 BRT was started and then things fell through but I am really happy to be back doing my own thing. The last few years it’s tough. especially this year, me and my dad were doing all my stuff at home then just travelling over, so it was kind of like running my own team anyway.

KTM, myself and Matt Walker got chatting a few weeks and we managed to get something together which I am really happy with, and to be doing the Arenacross tour on the 250 then transfer over to the 450 for MX1 outdoors, it’s something I am really looking forward too. Obviously spending a lot of time on the 250 the last four or five years, it’s given me a new buzz concentrating on the outdoors on the big bike but in saying that it’s probably going to be the toughest it has been in the last ten years! It’s something I am really looking forward too, it’s going to be tough but I can wait to get started. It’s a good year to do well because you will be beating a lot of people, it’s not going to be easy but I still believe in myself and my programme and I have that fire in my belly to go out and do my training and my riding and put the work in. It’s going to be a busy next few weeks trying to get everything in place, product sponsors trying to find a title sponsor, I’m doing that all myself but it’s something I am looking forward too.

Is this with a view of managing your own team when you retire or just for the here and now?

Definitely my plan is long-term and to keep building on it. I have my own track, now I have my own team and my academy is building up as well with Charley Irwin, Mathew Beattie and Reece Ross so it’s something I want to put in place for the future with younger kids to try and mentor them through the schoolboys and point them in the right direction if I can and maybe bring them up through the team and development them into the future stars of the racing. If there are no kids coming through we are not going to have any future adults to go on team Ireland and race the British and World championship. So, it’s definitely a long term plan with KTM and keep going forward with it.

Having managed your team before with that shorten the learning curve with yourself and KTM?

Yeah, I have always had a good relationship with them. I have ridden for KTM and Husqvarna and it’s all managed under the same guy so it’s great to be back under their KTM banner and the enthusiasm they have for the brand right from the kids the whole way through to the adults, it’s brilliant to be part of it. 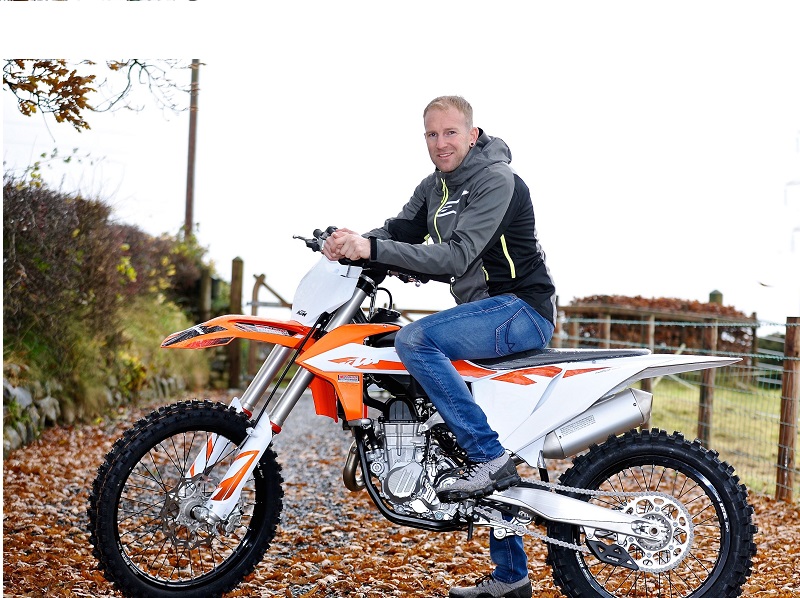 You are a smooth rider who has always done well on the bigger bike as well as the wee bike are you looking forward to that change in power and not having to ring the neck off the bike anymore?

Yeah, the 450s now, the bikes from production are so good, they are so smooth and it suits my riding style. I’m not very erratic whereas the 250 you have to ride the wheels off it to get it to go. But yeah, I can jump on any bike and just go, I can adapt pretty quickly and there is no reason why I can be pushing towards the front next year and that’s the plan I want to be chasing race wins and podiums, it’s definitely a good year with it being such tough competition next year.

And you have two races at home next year with the MX Nationals and the British championship!

Yeah definitely and obviously my debut race will be the Belfast Areancross in Belfast so I will get to showcase my team there and then the MX Nationals and British championship at Desertmartin, it’s going to be fantastic for my team and all the local sponsors, it’s fantastic to see the MX Nationals coming across and it saves two more boat journeys!

For 15 years you have been carrying the sport on your shoulders as one of the leading Irish riders, do you enjoy that? It’s a long time to be one of the guys in the spotlight.

It is tough, a lot of people put the pressure on you and expect you to do this, that and the other but it’s part and parcel of it but I enjoy it, it is hard work but I enjoy it. There’s a fair few years left in me yet and I can still be on the top of my game over here and in England, so yeah we will keep pushing forward.

Mike Brown, I saw footage of him at Farleigh castle, he’s 47 and he is still really, really quick! Do guys like that give you motivation – you are a youngster compared to him!

Definitely, there is no reason why you can’t as long as you still have that heart and desire to go out and succeed and do the work that you need to be doing up at the sharp end then there is no reason why you can’t keep on going. Obviously it all comes down to injuries and how the body is feeling and stuff but Mike, he is an inspiration, I have raced against him many a time and to see him still riding the way he is riding, like in the videos from Farleigh this year and what he was doing different to anybody else, it’s unbelievable. Fair play to Mike, he’s definitely an animal!

Have you any plans to do the British GP or that new EMX Open class or are you still to the UK national championships?

We will concentrate on the UK stuff to start with and if it becomes available for a couple of local GPs then I would love to give it a shout but it all comes down to finance and all the rest of it and see what I have left in pot. It would definitely be nice to go and do but it’s tough to go and do a one-off GP race now because the level they are at right now week-in, week-out, it’s hard to dip your toes in, you need to be there every week racing with them but who knows, we will see how it goes.