The start of the Motocross season only got underway two weeks ago in Italy but things are already looking great for the HRC Honda MXGP team. The team decided to draft in Mitch Evans for this year and he’s been a revelation so far. Obviously, the true test comes at the first round of the MXGP World Championship at Matterley Basin but the early signs from Evans are extremely good.

Reigning MXGP World Champion, Tim Gajser has dominated the races in Italy so far and will be motivated for MXGP to start racing with the likes of Herlings, Cairoli, Coldenhoff and Prado to name a few.

Evans and Gajser are both riding the new CRF450 prototype but it looks very good so far and both riders are getting excellent starts which is a big positive. We caught up with Giacomo Gariboldi, the team owner to discuss both riders, MXGP and much more.

Gatedrop: Giacomo, we’ve had two pre season races in Riola and Ottobiano, so far everything has went great for the team, you must be a happy team manager so far?

Gariboldi: Yes, we had a super start of the season with both riders dominating these events but we have to be careful because the season is so long and this is just the beginning. I wish to be happy at the end of the season as I was last year!

Gatedrop: The 2021 Honda looks amazing, what sort of changes have been made to the bike and you must be delighted with how good both riders starts are so far?

Gariboldi: Yes the CRF prototype 2020 (I wouldn’t call her “the 2021” because this is still an HRC prototype) is really amazing and the riders enjoy to ride it a lot. Everything has been changed comparing to the 2019 bike but of course I’m not allowed to go into technical details. What we all can see is that they are really fast at the starts.

Gatedrop: Honestly, Gajser looks to be riding well within his limit at these two races and is still winning pretty comfortably, if Cairoli/Coldenhoff/Herlings were there it looks like he’d be able to faster?

Gariboldi: Tim told me in Riola that this year he started training one week later compared to the previous seasons and that he would like to be at 80/85% for Matterly Basin. For sure what he is doing now he is in total control without asking too much of his body. I feel that it’s good that Herlings is not there at these Italian rounds because he is not forced to push at his limits already now, but of course if the others top contenders were there he could be able to go much faster.

Gatedrop: Evans has been superb in these two races, did you expect this or has he even surprised you a little bit?

Gariboldi: Evans is not a surprise for us of the team HRC because we know him since last year and when I personally picked him for the 2019 season for Team 114, he was riding a 450 at the MXON in Red Bud and he was really very fast passing guys like Roczen and Barcia even if he was only 19! We had to put him back on a 250 bike last season because we needed him to learn the European tracks well and he did very well with two podiums and then he just struggled with small injuries and couldn’t keep improving. But we knew that back on a 450 and with a very good recovery he could have been a top rider in the MXGP class.

Gatedrop: Honestly, when I first heard Evans was going to HRC Honda in MXGP and Vlaanderen was leaving, I was a little disappointed because I’d have liked to see Evans in MX2 to challenge for the title and Vlaanderen partner Gajser. What was the decision behind putting Evans to MXGP which meant Vlaanderen would leave?

Gariboldi: As I said Evans was too tall and big to remain on a 250 where his weight would have penalized him again all season, that was the reason why we wanted him to step up immediately on a 450 bike. Unfortunately we didn’t have the option from HRC to line up 3 bikes under our awning and that was the reason why Calvin at the end was not confirmed. He will do very well himself on a 450 and I can’t wait to see him riding this season. 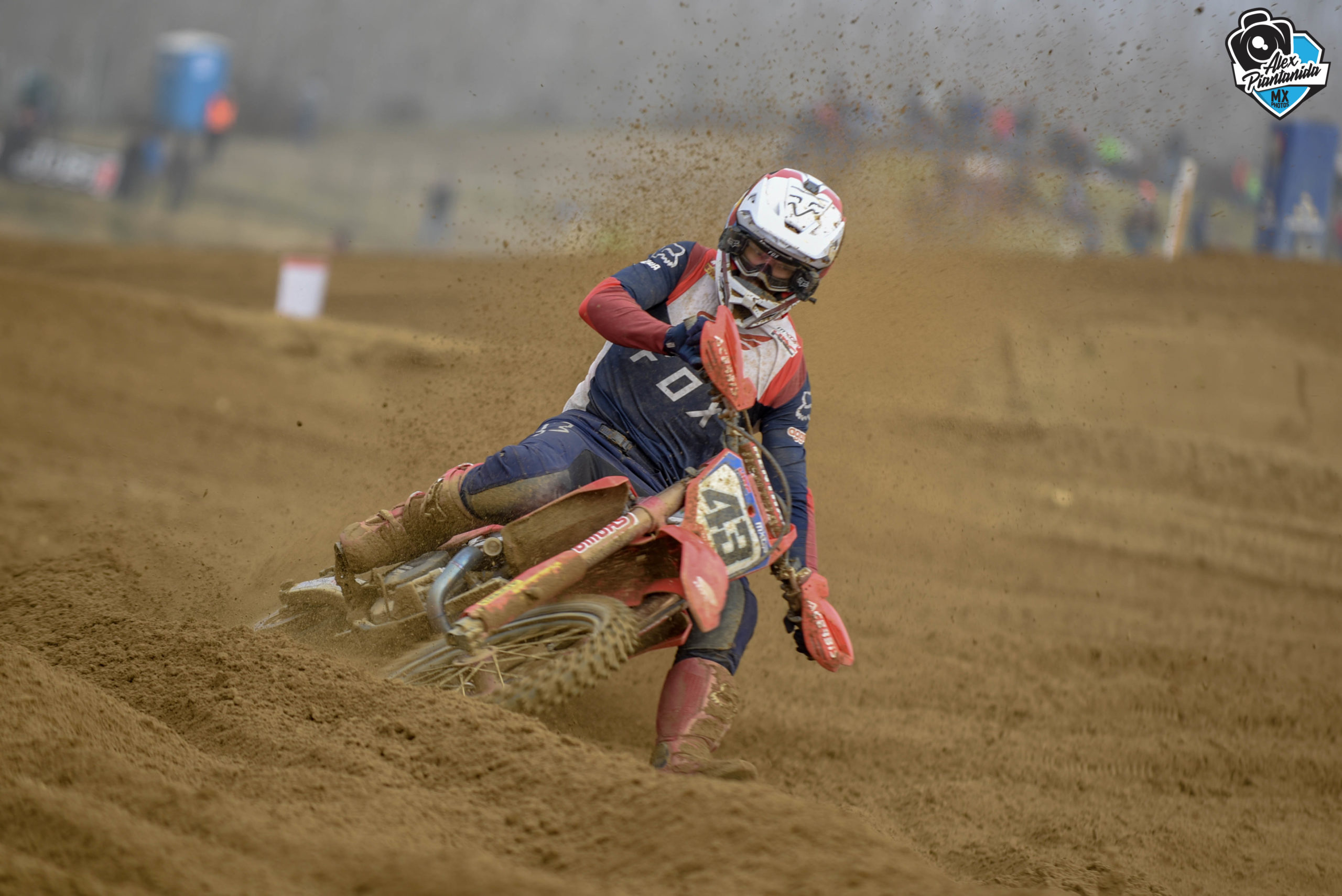 Gatedrop: There’s no factory HRC Honda MX2 rider in 2020, what’s the reason for that and will there likely be one in the future again? Both MX2 and MXGP need as many factory bikes as possible.

Gariboldi: HRC decided that they had to focus now on the development of this all new 450 bike which requires a huge effort from all the engineers in Japan, this is the main target for HRC now and the results are speaking for them so far. Hopefully the new CRF250 will come back in future with a factory rider but we will know more towards the end of this season.

Gatedrop: With it being Evans rookie year in MXGP, what’s your realistic expectations for him?

Gariboldi: To be fair with him, we would have been delighted to see him in the final top 10 of the championship with some top 5 and some podiums, but now after what we have seen in the Italian rounds I would say that it’s more than realistic to see him in the top 5 and maybe even better.

Gatedrop: MXGP is looking so stacked this year, with Gajser being a reigning champ, his goal will be to defend his title, do you think he can do it again?

Gariboldi: MXGP will be really stacked this year with at least 10 riders who could be able to enter the top 5 and 15 riders who could be able to enter top 10. We will have 5 riders to be able to win a moto or a GP, so it’s going to be really close this year. Having said all this I really believe that Tim can win his fourth title because he is much stronger than previous years, physically and mentally and the new CRF is even stronger than ever so we have the full package to go for it again.

Gatedrop: Last year Gajser had some very big crashes but always seemed to walk away! This year are you hoping he can minimise the mistakes and stay off the ground less?

Gariboldi: Historically, since I know Tim, he had many big crashes not only last year but I have to say, which MX rider didn’t have big crashes in these past 5 years? Cairoli, Herlings, Febvre, Paulin, Prado, Coldenhoff, this is part of this sport, they all crash hard but some are not able to walk away. Sometimes Tim has been lucky and sometimes he also broke down and had to lose part of the season and let the championship to his contenders , in 2017 he was again leading in front of Cairoli and Butron destroyed his season….. In 2018 when he was in top form before the beginning of the season he crashed hard in Mantova and let Herlings win the title. You can try to minimize the mistake but when you ride at the limit you take huge risks. 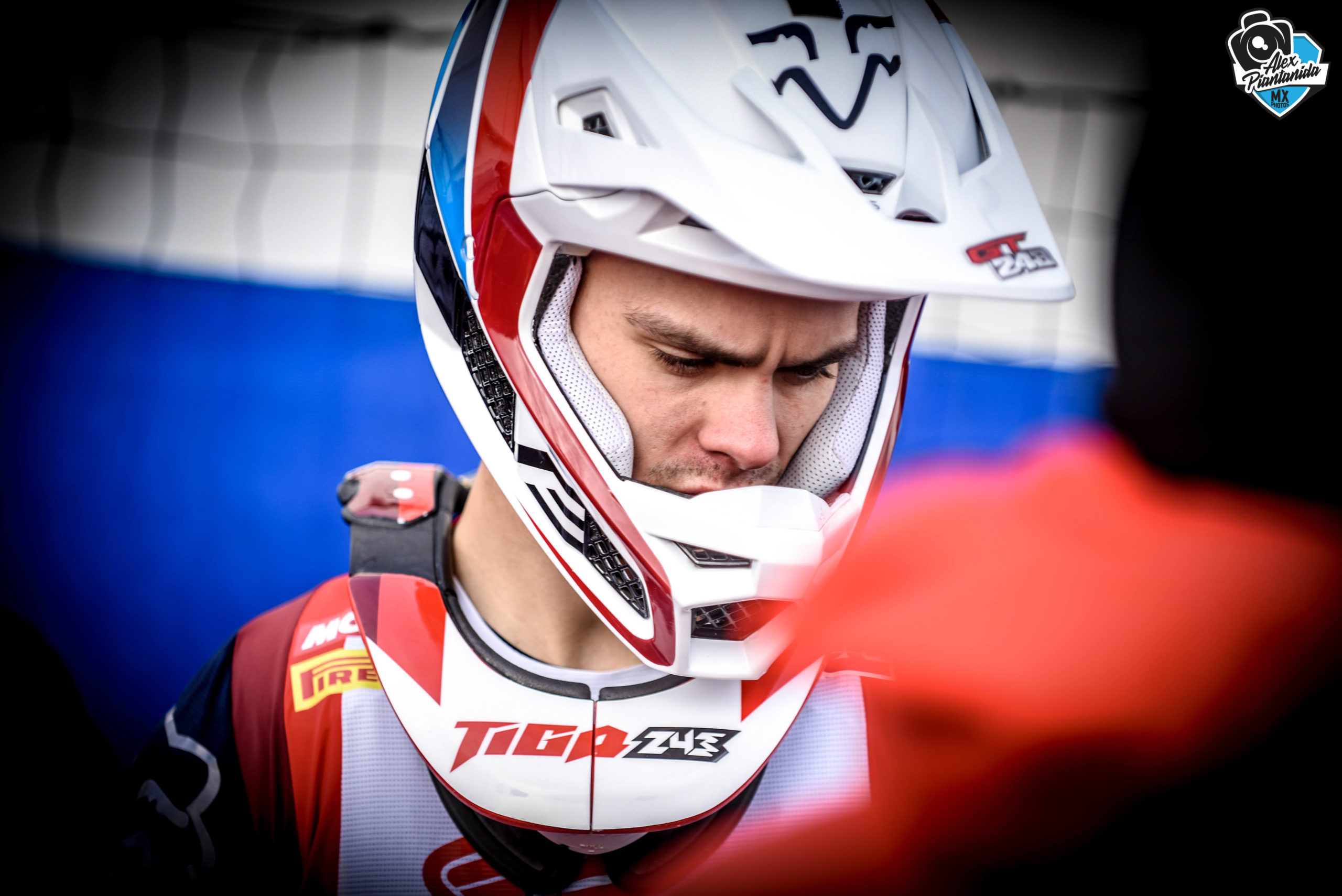 Gatedrop: When Gajser was racing the Monster Cup, he told American journalists his dream is still to go to America. How likely do you think that is? I’m sure you’ll want to keep him in MXGP!

Gariboldi: I think we should clear this point once for everybody, Tim said to me in Assen last year while we were driving to the Youthstream ceremony that he will never move to USA because he likes to ride in Europe and stay in our Team. Of course, he will ask to ride some events there like the Monster Cup again and some SX at the beginning of the season but he will never move there for a championship. This year he will be 24 and here he is a star and has his own life with girlfriend and friends and he is a kind of guy who loves to be in his homeland with people he knows around him, this is also one of the reason why he is with our team now after 7 years, he needs this family feeling. And when you see the riders with best results in the past 10 years, you will notice that all of them have been in the same team for many years, stability is the key of success!

Gatedrop: Anyone to thank/anything else to add..

Gariboldi: I’d like to say that this is the first time ever that HRC decides to develop the new prototypes in Europe and giving all the trust to my Team Gariboldi has been a great reward for all of us and I wish to thank you the HRC management but also all my awesome team members who are working hard and with great passion every day before the beginning of this exciting new season.