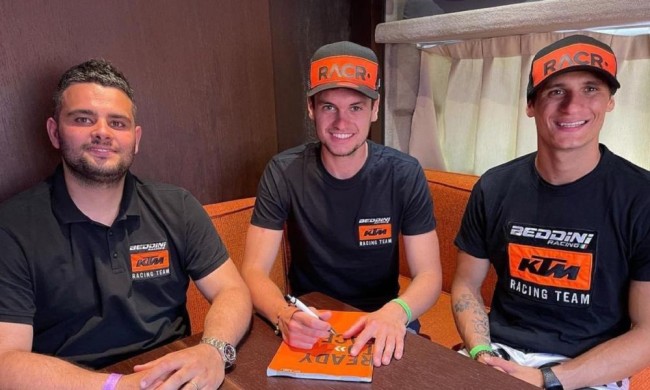 Yuri Quarti has mainly focused on the Italian Championships during the past few years but it’s been announced he’s inked a new deal with the start of the EMX250 series taking place next weekend.

The Beddini KTM Racing team have signed up Quarti to contest the Italian Championship as well as the EMX250 series. The Italian will partner Max Palsson under the awning.

“Happy to announce this new collaboration with the Team Beddini Racing KTM! A decision made along with Alberto Castellari to see me contest in the European and Italian Championship for the rest of the season! Thanks to all the people that support me”, Quarti stated on social media.