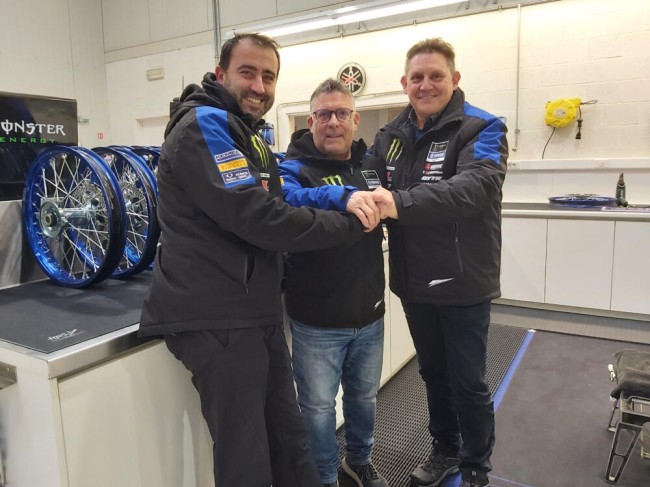 The Monster Energy Yamaha Factory MX2 Team has not only strengthened itself in sporting terms (with Rick Elzinga). Organizational progress was also made, by appointing Dirk Saelen (56) as team coordinator.

The Monster Energy Yamaha Factory MX2 Team has had some succesful years, with numerous GP victories and the world title in 2021. But team boss Hans Corvers – an experienced businessman – knows better than anyone that standing still is the same as going backwards.

“From a sporting point of view, we will have a strong line-up in 2023. Jago Geerts and Thibault Benistant still had a contract with us. In addition, we recruited Rick Elzinga, European 250cc champion, as third driver. We expect a lot from our three riders. But We still have to take steps on an organizational and administrative level. Team manager Michele Lavetti and I still had to do far too much paperwork last season, often between other things. This can and must be done differently and better.”

A lot of experience
And that’s where Dirk Saelen comes in. The Belgian ran his own team (Diga) from 1998 to 2020, so he has extensive experience in motocross.

“We sat together a few times last season,” says Corvers. “I had a good feeling about those conversations. Dirk knows what it’s all about running a team. And voila, one thing led to another. Dirk is our new team coordinator.”

Saelen: “At Diga, I did almost everything myself. So I know what it is like to run a team, even though it was mainly at European level. The Monster Energy Yamaha Factory MX2 Team is of course on a completely different scale. I look forward to that challenge. I have entered an ambitious top-level team, which still has a family character at the same time. The first few weeks have already gone well. There is a very good synergy between Hans, Michele and me. That’s important because we want to take the team to an even higher level.”

“That’s right”, says Corvers. “We do not want to hide our ambitions: we want the world title. Individually and with the manufacturer.”

Geerts, Benistant and Elzinga are currently in full preparation for the new season. The first preseason race is on February 12, in Ponte a Egola, Italy. One month later, on March 12, the World Cup will start in Villa La Angostura, Argentina.