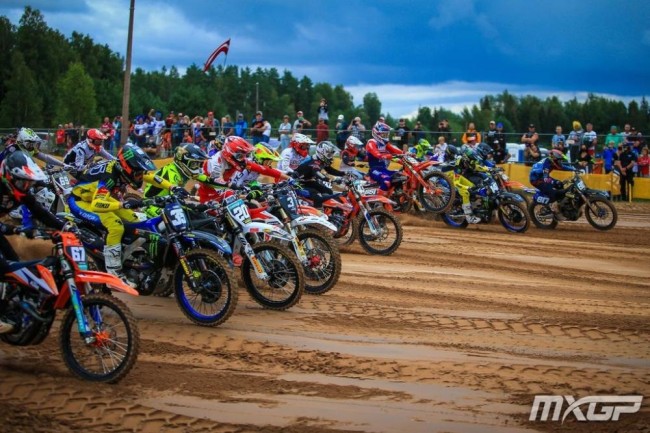 It’s been a long time coming as Kevin Horgmo clearly has a lot of talent but believe it or not, Kegums was his first EMX250 overall win and he can now add this to his EMX125 victory. The Norwegian has been close to winning in the past during his time with the CreyMert KTM team but finally he made it happen at Kegums with the SM-Action GasGas team. 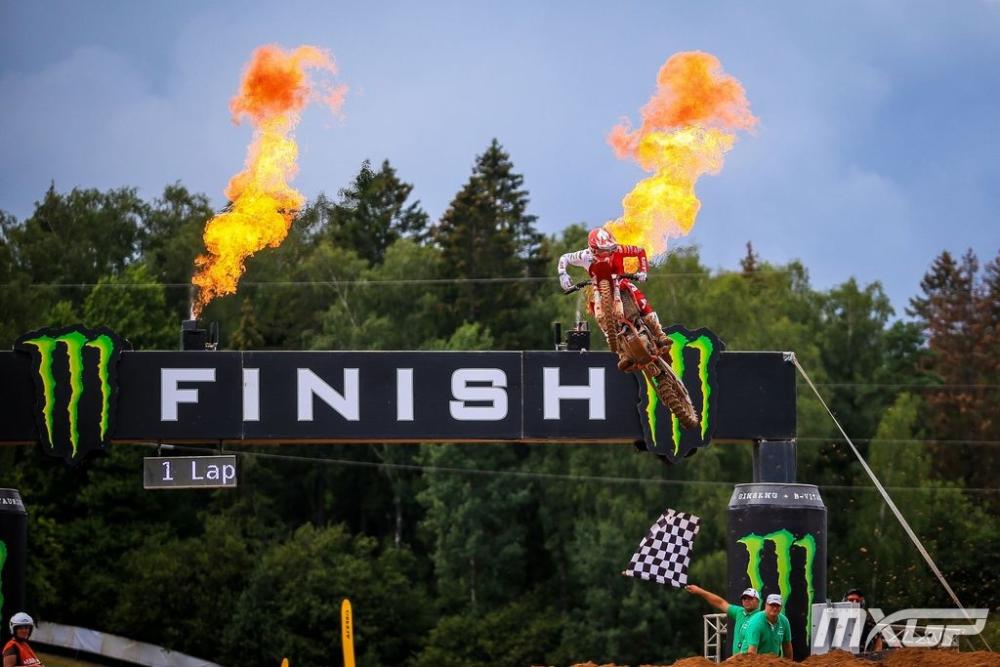 Horgmo took good starts at the weekend which always makes life easier and perhaps starts aren’t always his strong point. In the first moto he was second and got demoted into first when Liam Everts crashed an despite some pressure from Rick Elzinga, Horgmo impressively pulled away to take the win. In the second moto he was solid and came home in second to secure his first overall. There’s now twenty-four points in the championship chase so his title hope are still well and truly alive. He’ll want a few more wins before the end of the season!

It’s hard not to be impressed with young Dutch talent, Rick Elzinga as he’s really stepped it up a level this season. After a not so great start to the season at Matterley Basin, Elzinga hasn’t finished outside the top three in the next six moto’s – that’s very consistent. 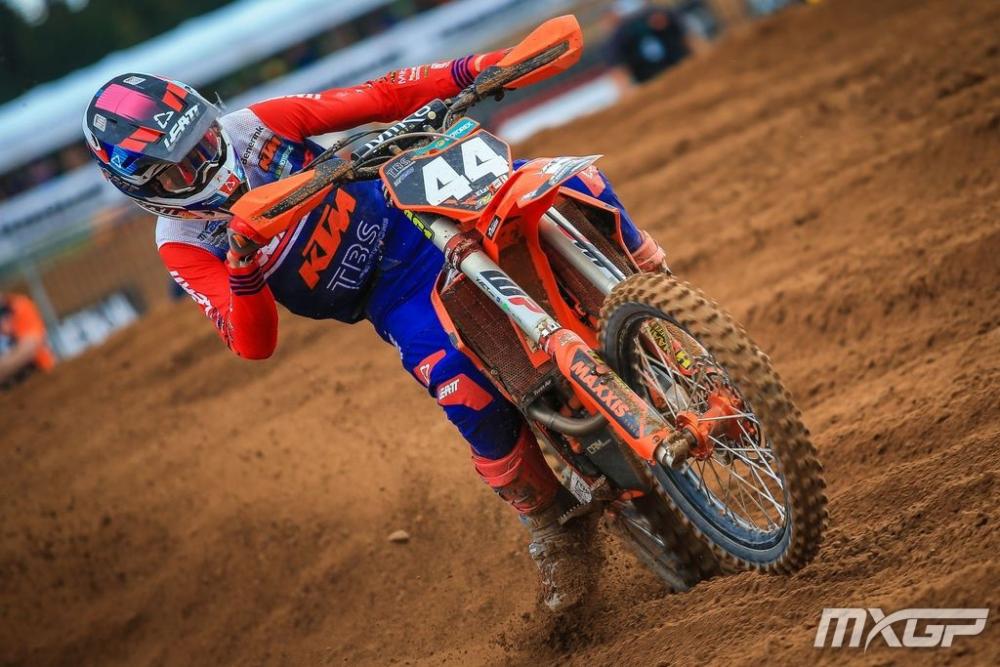 The TBS-Conversions KTM rider went 3-2 at Kegums to secure third overall and has another podium to his name. He’ll be kicking himself for Matterley Basin because if he performed better at the season opener he’d be right in this title chase but as it stands he’s 43 points behind Lapucci. The main goal for Elzinga this year is to perform at a high level so he can secure a good ride for the 2022 season and so far he’s been impressive!

There’s no doubt about it, Yago Martinez is one of the most improved riders in the paddock this year. The Spaniard only inked a deal with the VRT KTM team a week before Matterley Basin but he’s had no problem adapting to the new bike and team. Martinez isn’t known for his sand riding so he was motivated after a bad weekend at the brutal Lommel track where he didn’t even score a point but he responded in style. 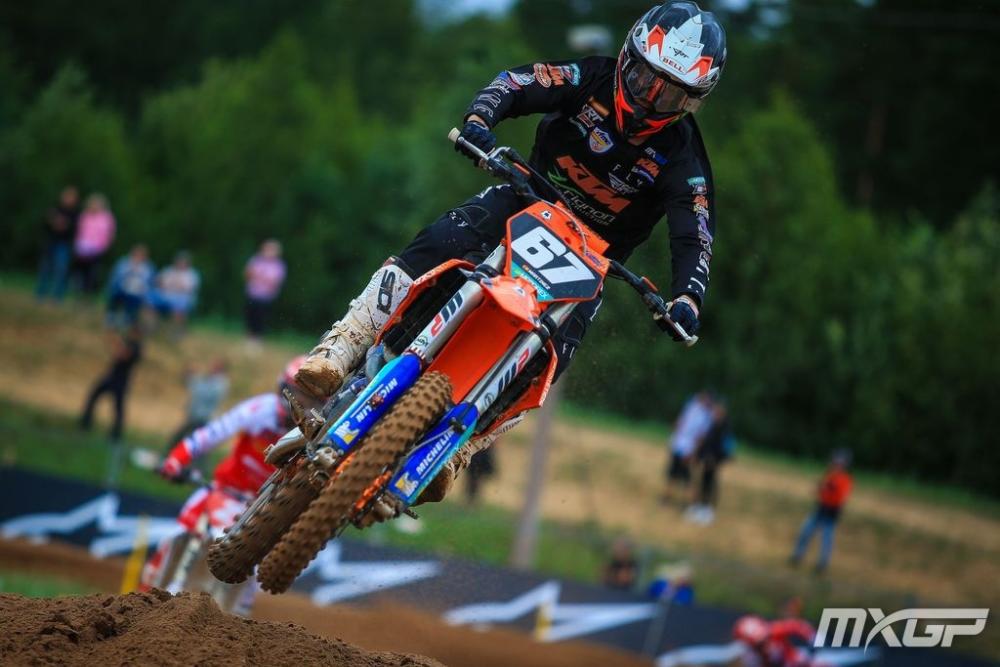 In the first moto, Martinez got a good start in fourth and that was where he finished with the pace fast at the front. In the second moto, the Spaniard took the holeshot and led his first laps at this level, he certainly didn’t look out of place either! He ended up another strong fourth to just miss out on the podium but he’s getting closer.  After four rounds of the series he’s sitting fifth in the championship standings – he’d have snapped your hands off for that coming into the season.

After a good round in Lommel finishing eighth overall, Mike Gwerder continues to get better and better as he gets more racing under his belt. The Swiss rider didn’t get the best of starts in the first moto as he was fourteenth after the first lap but he made some passes to end up a strong ninth. 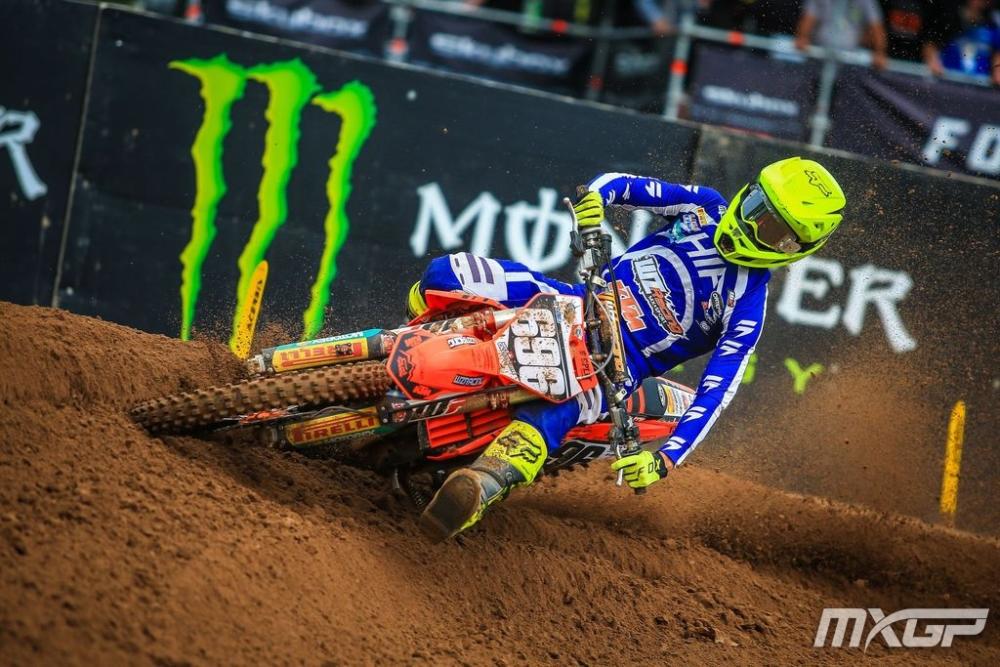 The WZ KTM rider made things easier in the second moto with a good start as he was fourth on the opening lap. Gwerder was battling hard to keep Toendel behind him and secure a top five moto result but he lost the spot on the last lap. 9-6 was enough for fifth overall which is the best result for Gwerder in the EMX250 series so far as he continues to keep improving. He’ll want to keep getting good starts so he can get used to the hot pace at the front – that’s something he’s probably not used too!

It wasn’t a good start to the season for Dave Kooiker after not even picking up a point at the opening round in the UK but he’s been much much better ever since. Being part of the Hutten Metaal Yamaha team, Kooiker has a bit of pressure because the team will be looking for results but the talented Dutch rider is starting to deliver.

In the first moto Kooiker worked his way up from tenth to seventh in what was a good race. Unfortunately, in the second moto he didn’t get a good start whatsoever as he was buried outside the top fifteen but he rode well and made some good passes to finish tenth. 7-10 was good enough for sixth overall and he’s now worked his way up to seventh in the championship which isn’t bad at all after a terrible start to the season at Matterley Basin. As the season progresses he will want to start getting top five results and he’s certainly capable.

Young Italian, Federico Tuani has been racing the EMX2T series recently on his Fantic but was back contesting the EMX250 series in Latvia. Tuani looks to have had a strong winter as he’s another rider that’s stepped it up and improved this year. Considering he only scored nine points in the EMX250 championships he raced last year he’s already got a much better return in 2021. 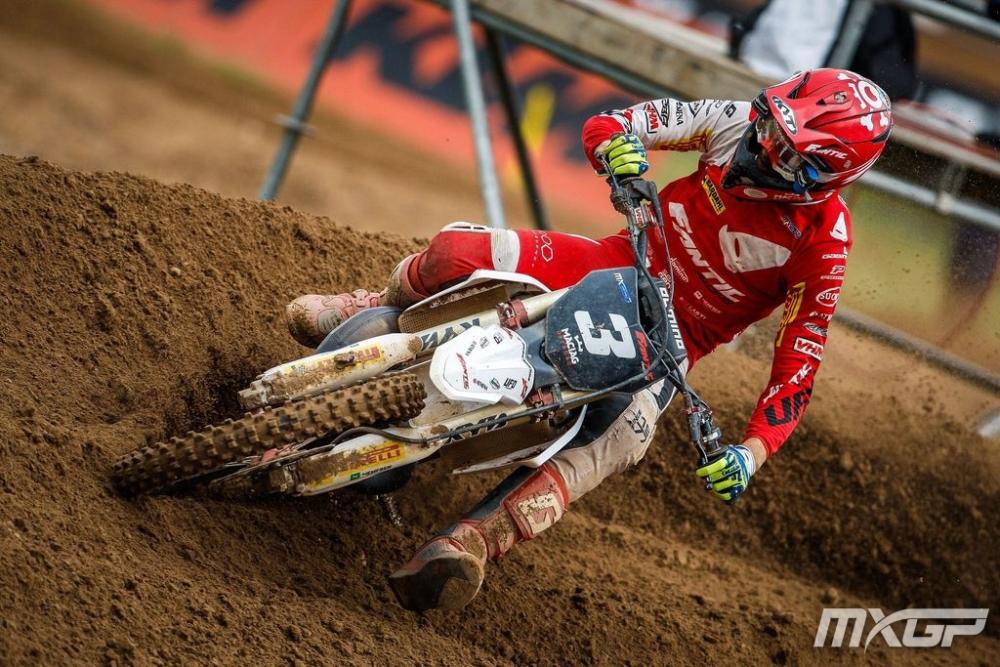 Tuani’s starts on the two-stroke were really good and that always makes life a little bit easier. In the end the Fantic rider went 6-12 for seventh overall which is the best EMX250 result of his career so far.

Podcast! We look back at the latest MXGP round in Latvia and discuss that crash by Herlings, Gajser’s win and Prado’s mental strength and aggressive moves plus MX2 and EMX250. Get it on iTunes here, or Spotify and YouTube below: