Villopoto on why his MXGP season didn’t go well 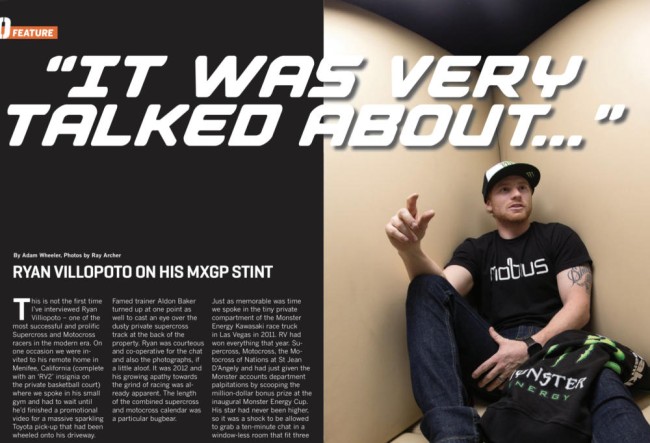 In a very interesting interview with Adam Wheeler, Ryan Villopoto gives his side of the story and a long list of reasons as to why his MXGP adventure didn’t go well, but is it just excuses?

Was he ever really better outdoors than world MX champ, Antonio Cairoli, outside the home comforts of the USA when former GP rider Ben Townley ran him close in his own US championship? Did we all fall for the US media hype when, let’s be honest, you really have to win the world MX championship to prove you are the best outdoor rider in the world and deal with all the different countries, tracks and lifestyle issues thrown up in the world championship? The MXGP world championship and AMA racing are two different worlds just like F1 and Indycar, each have their special skillset, maybe everyone expected too much of Villopoto in his first MXGP season.

“Looking back in on it I wish it had gone another way. I was ‘OK,’ I was not as fit as when I was racing in America and, mentally I was not in the same place as when I was racing here (USA). I’m not saying it cannot be done but I’d like to see anybody say they are going to race in Europe and then go over there and win in the space of six months, it’s not going to happen, I would bet against it because the lifestyle, the travel, the way to live, the weather, the distance to get to practice tracks and going against everybody that has grown up over there.”

The American racing star looks back on this ill-fated attempt at the FIM World Championship in 2015 through this exclusive interview with Adam Wheeler in the link below: