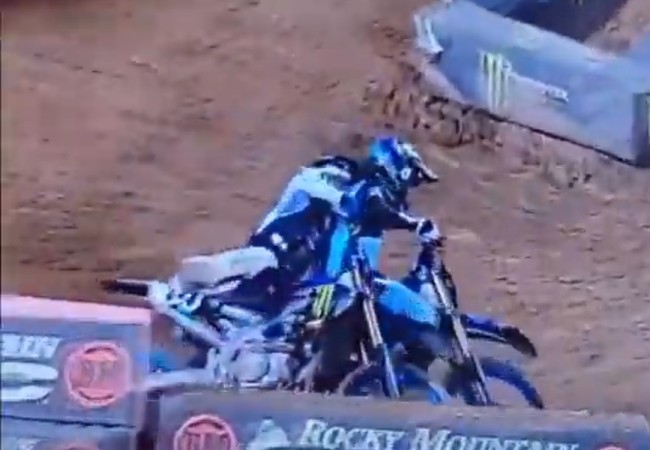 Malcolm Stewart took out his teammate Dylan Ferrandis with a pretty rough move in the heat race!

It was the start of a tough night for Dylan who had qualified second fastest and was showing some great speed. In the main event Ferrandis was up battling with Tomac and Roczen early when he bent a shift lever after catching a Tuff block forcing him into the pits to get it fixed then charging from last to 11th.

A disappointed Dylan said: “It was a tough two races in Orlando. I am not happy, but I gave everything I had to come back after hitting the tough block and losing a lot of time in the race. I’m happy to have the weekend off to do more work and get ready for Daytona.”

See the move by Stewart here: