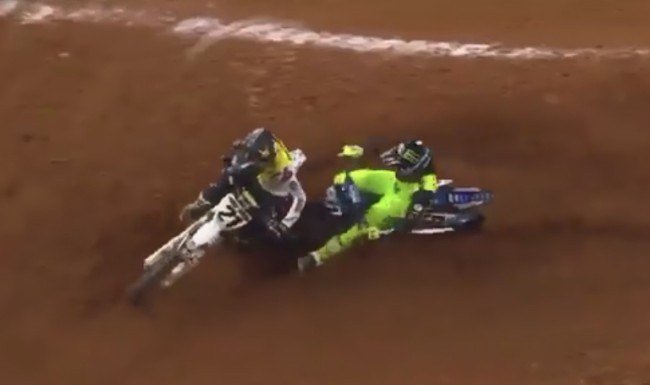 Malcolm Stewart went fro some revenge on Jason Anderson after he Rockstar Husqvarna rider had moved him out of the way – but it all went wrong for the Star Racing Yamaha rider!

Instead of moving Anderson, Stewart ended up going down hard himself on the concrete and ending what could have been another good night. Stewart ended 14th with Anderson third.

Anderson then took out Stewart’s teammate Ferrandis so he won’t be flavour of the month with the Blu Cru but with a podium in his pocket Anderson won’t be worrying!