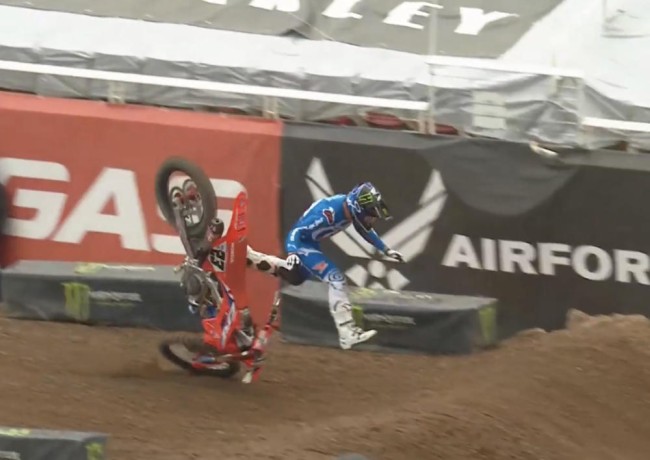 Chase Sexton went down spectacularly in second qualifying to end his chances of fastest qualifier with the HRC Honda rider unable to get back in the session. See the crash below:

Sexton though at least isn’t in title contention unlike Christian Craig who hit the deck hard as well, despite already being the fastest qualifier as he tried to send a message to his East coast 250 title rival Colt Nichols. No word yet on the status of either rider for tonight’s racing.