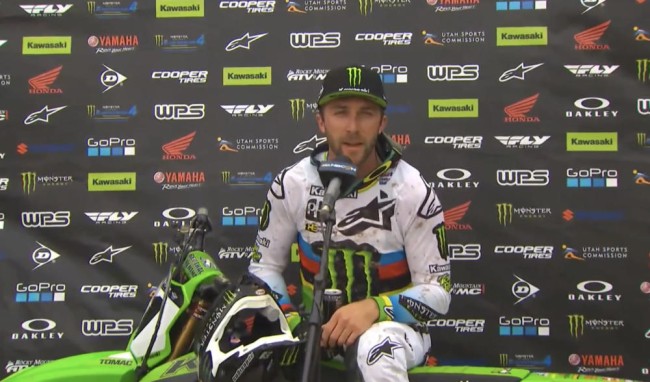 Eli Tomac edged the fastest time but the top seven were just of a three tenths of second apart with Webb second and Roczen seventh. Sixth place overall Chase Sexton had a big crash and took no further part in the session

It even more of a disaster for 250 title contender, Christian Craig, who crashed hard in the second session and was carted off by the medic crew putting his title aspirations in jeopardy despite qualifying fastest.