Video: Ryan Dungey in action ahead of his return to racing! 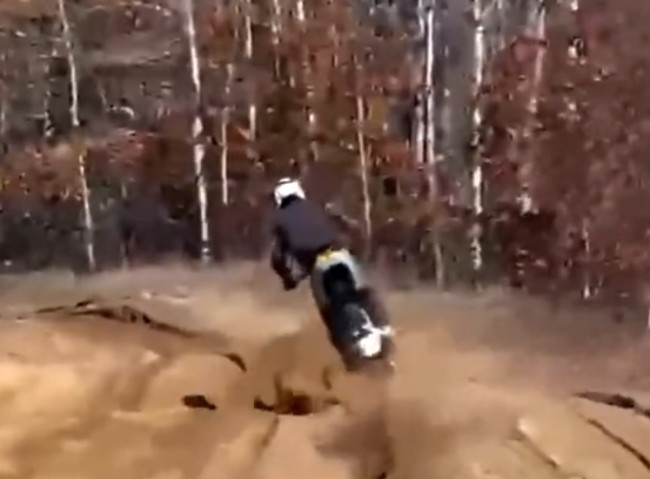 Ryan Dungey was always known for his work ethic and the former US champ is clearly putting in the work for his two outdoor races at the start of the US Nationals, as he rides a rough sand track in preparation for his surprise comeback to pro racing!

The track Dungey is riding is to rough to just be “having fun” 222 vs 5 this summer is gonna be what all you fans dreamed of in 2015. pic.twitter.com/ayIUf3LnZ8

Dungey, who retired early at 28, has toyed with the idea of coming back before but things seem to have aligned this year and, at only 32 years old, Dungey should still be competitive, especially when you look at what his teammate for the opening two rounds, Antonio Cairoli, now 36, has achieved in his 30s.

There is going to be a lot of major titles under the KTM USA rig with Cairoli and Dungey and it is a great chance for the US fans to see two legends back in action.

Ryan Dungey: “I’m really excited about the opportunity to race the first couple rounds of the outdoors for Red Bull KTM. I’ve had a lot of success with KTM in my most recent years of racing and it’s exciting to go back and race for the same team with a lot of great personnel. I have a lot of trust with the team, which breeds confidence sitting on the line knowing I have good people behind me and we’ve got a great dirtbike underneath us. This is a stacked class and it’s been a long time since I’ve been on the line with them but I’m excited to be back on the gate. I’ve got a lot of respect for the sport and the riders, so I don’t go into this underestimating anybody. I’m excited to just be out there racing with everybody and see what we can do.”

Ian Harrison, Red Bull KTM Team Manager: “We couldn’t be more excited to have Ryan joining us for the first two rounds of the AMA Pro Motocross Championship. He’s a world-class rider who has obviously achieved many great successes throughout his career and it’s great to see him having so much fun riding the bike. Ryan is a true competitor at heart so we are happy to support his desire to line up on the gate this summer and we look forward to seeing what he can do.”