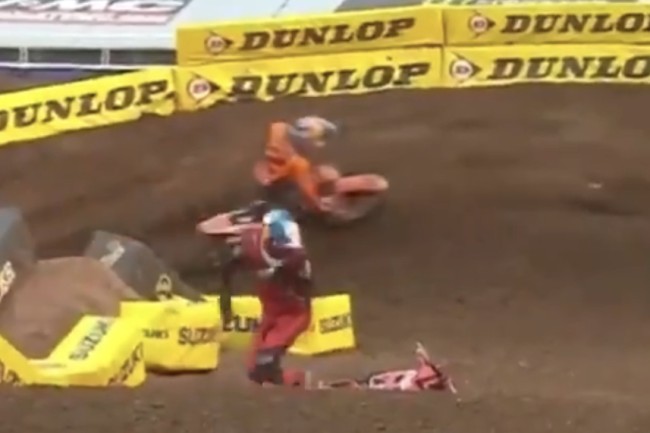 Ken Roczen was leading again but once again hit the deck just when it looked like he was going to claw back some valuable points on Cooper Webb in the championship!

Roczen who took the holeshot, had over a 1.5 second lead over Musquin with Webb 5 seconds further back in third with just over seven minutes left only to lose his front wheel coming out of the turn, and probably the championship with it. Roczen remounted and finished sixth to Webb’s second putting him 22 points back going into the final round.