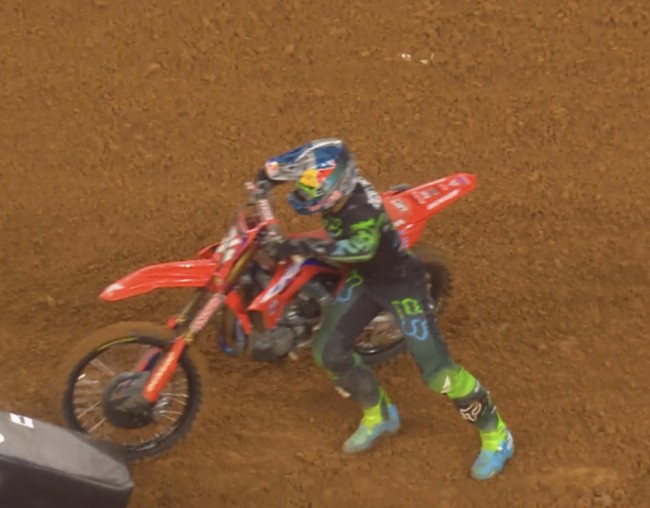 Ken Roczen was battling for second in the heat race with Dean Wilson and Justin Barcia when he came up short on an attempted triple and went down. The German thankfully wasn’t injured and got back up to finish 7th but it meant a low gate pick choice for the critical main event.

Roczen got a gate inside Webb for the main but the rut was not straight hence the available gate and it cost Roczen big time as he got away outside the top ten and could only work back to sixth and is now seven points behind Webb in the championship.

Roczen said: “Start position was key and I really messed that up in the heat race. On this track it was really difficult to make passes. It wasn’t really the night I was hoping for. One thing I have learned is not to be afraid of failing.”