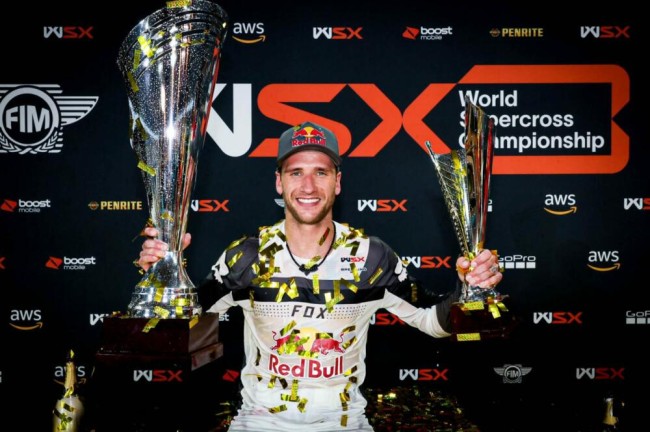 Steve Matthes says he has it on good authority that Ken Roczen was due to test the HEP Suzuki this week before he jetted off to Paris to ride a Honda this weekend – for probably the last time!

Roczen has been posting himself riding on a Yamaha, and also been linked with a 450 Kawasaki with help from Mitch Payton – so it remains to be seen just where German super-talent he will end up for 2023.

But HEP Suzuki would be a bit of a shock, although they are an established team with sponsors and manufacturer support as well as a brand Roczen has won with in the past. And it would mean Ken not having to create his own team of sorts with a Red Bull collab as was rumoured with Yamaha. HEP Suzuki also do the WSX series, so it would allow Ken to return there next year (without the conflict he had from Honda in 2022) as the defending champ – a big coup for the team and Suzuki.

Get the latest from Steve Matthes on the Pulp MX show below: