Video: Roczen getting ready for WSX 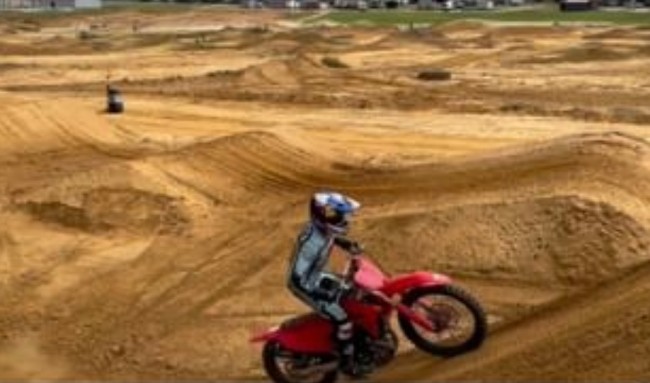 Ken Roczen says he wants to get back to winning as he puts the laps in for the British SX GP with the German now a free agent heading into 2023 after Honda wouldn’t let Roczen sign a SX only contract for next season if he rode the WSX rounds.

See the full interview Ken did explaining the situation with James Stewart below:

Honda then replied with the following:

“We genuinely enjoy working with Ken and have loved having him on our team for the past six years. We have a ton of respect for the speed and talent he regularly demonstrates on the track, and even more so for the heart and dedication he has shown in returning from severe setbacks. In light of recent comments, we felt the need to clarify a couple of points. We were looking forward to continuing with Ken in 2023, and we recently made him an offer of a contract extension. That offer has never been rescinded, but it was declined by Ken and his team. It’s true that the offer included a stipulation that Ken not compete in a series that has positioned itself as a direct competitor to our supercross and motocross racing partners. We feel it’s important to support our racing partners and to treat all of our riders the same. That said, our esteem and appreciation for Ken are as strong as ever, and they won’t be altered by the fact that our priorities don’t happen to align on this issue.”