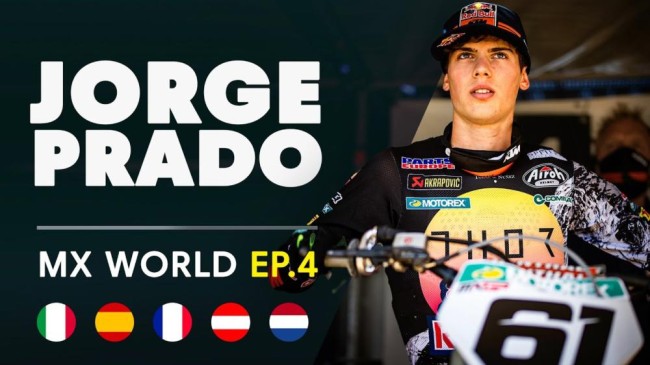 Jorge Prado exploded into the top tier after back-to-back MX2 title wins. Follow the determined young Spaniard as he gets to grips with the heightened intensity of riding in MXGP. Prado capitalises on the season’s interruption to raise his fitness game, but can he come back stronger to live up to the hype? The episode also shines a light on Prado’s unique family life, where his dedicated father moved their life from Spain to Belgium at an early age so that young Jorge could break into professional riding.