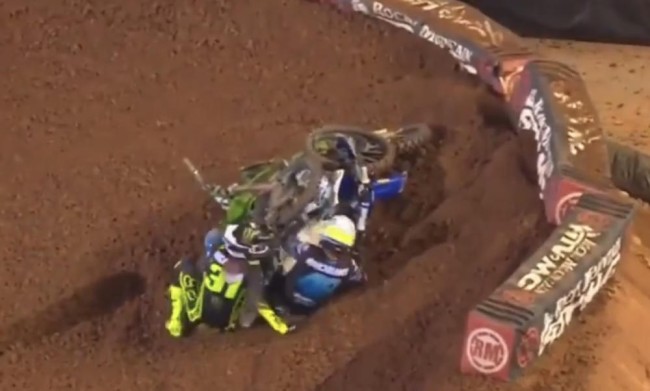 Garrett Marchbanks has revealed he has unfortunately experienced the ugly side of social media after death threats following his take-out of Cameron McAdoo.

As part of a statement Marchbanks said: “I’m typing this message to do my part and own up to a mistake that I made that should have never happened in the first place…I fully intended on making an aggressive move solely because I was cross-jumped multiple times, I let my emotions get the best of me because of red flags and honestly felt like he was a hazard at the time. I realise now that that is absolutely no excuse to go and clean someone out the way I did my any means.

“I’m not asking for sympathy but I do ask if the death threats towards myself and the people in my life could end…right now I am going to take a break from social media to gather my thoughts and learn from this mistake before the final round of supercross.”

Marchbanks also refuted the rumours that he took McAdoo out as revenge for being let go from the Pro Circuit team last season. See his full statement below: