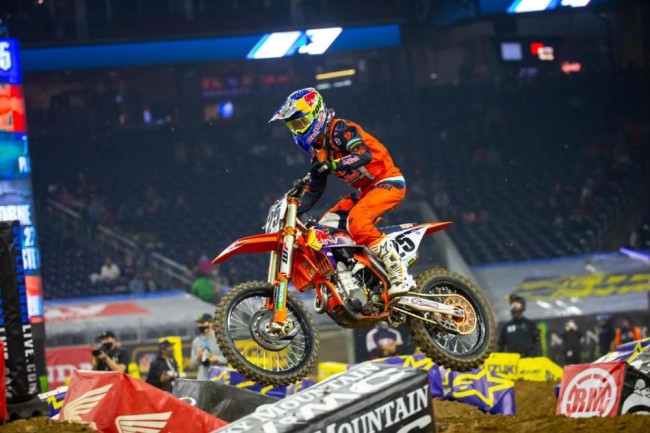 Lewis Philips has got hold of the footage and tweeted the mystery crash that knocked Marvin Musquin out of the night’s action at Arlington – and it was a pretty scary crash that could have been even worse! The Frenchman was lucky he was eventually even able to walk away afterwards…

No one has seen the Musquin crash… Until now! Gnar. pic.twitter.com/vvQTijpyAD