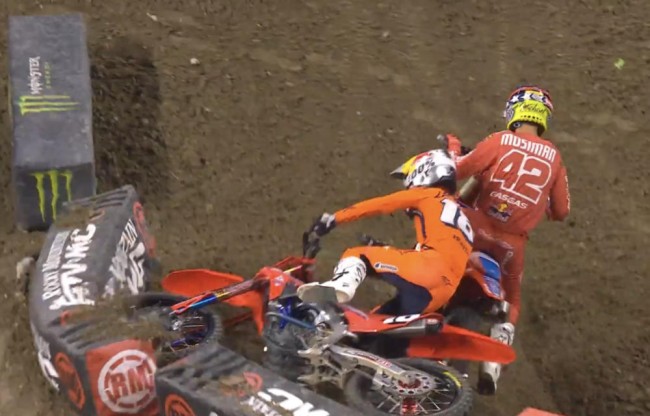 Michael Mosiman didn’t take long to get his revenge on Jett Lawrence after getting taken out at Houston with the Gas Gas rider putting the young Aussie down in the heat race in a very similar move to the week before only this time roles were reversed!

Mosiman said: “He got me pretty good, really did not spare no expense to make sure I was on the ground, actually just ploughed me. Rubbings racing. I need to let him know I’m not going to get rolled over on.”

See the move below:

Compare the move to the pass by Jett last weekend here: