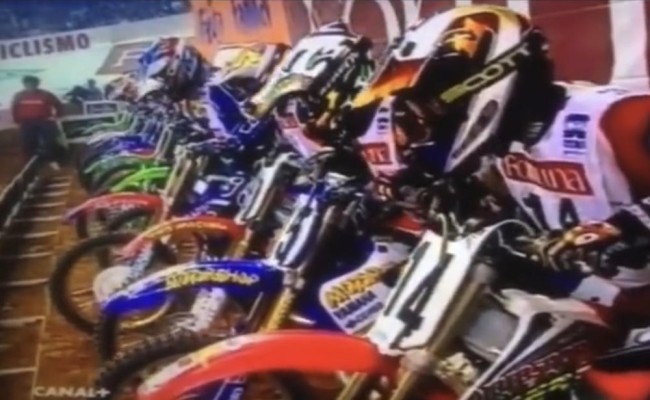 Stefan Everts had long since stopped riding supercross regularly but even in 1998 he was still capable of riding it well as you can see when he raced the King of the sport, Jeremy McGrath, in a one-off appearance in Madrid.

Everts had of course raced some early season AMA supercross in the 250 class in 1992, he was the new 125 world champ at the time and was preparing for his rookie 250 GP season and he even scored a top ten in the States with limited preparation – proving he had the talent to do it. But Everts ultimately stuck to the world championship just like McGrath stuck to American supercross and it turned out very well for both riders who went on to be the greatest of all time in their respective series.

See the duo, who maybe had the most technically perfect riding styles for their preferred version of their sport, in action together below: