Looking ahead to Colorado -Tomac’s time? 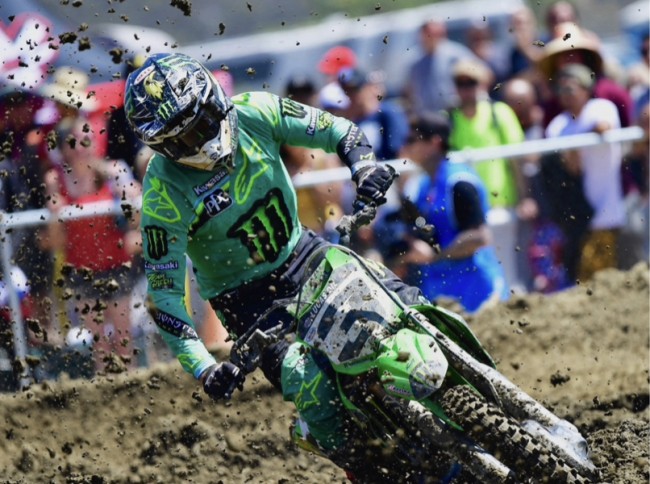 After a mediocre round one, the former kingpin of AMA outdoors, Eli Tomac, returns home to Colorado with a new opportunity to stamp his authority on the series or a performance strong enough to at least show he can challenge for the 2021 title.

Tomac came in to round one saying he had the motivation to win but, quite honestly, we are still waiting for the speed to verify that motivation in Tomac’s last series on a Kawasaki before his move to Yamaha. If he can’t battle for the win at his home round, Tomac might not be the title contender many of us thought him to be coming in. This is a pivotal round already for the former three-time AMA 450 National champ.

Cooper Webb didn’t have a great day either and unlike Tomac he got the starts. Webb admitted he had work to do after last weekend – so can he come out swinging in round two?

Dylan Ferrandis won round one and will look to keep the momentum going as will Ken Roczen – but altitude hasn’t always been kind to Ken so dire his win his health leaves a bit of a question mark at Colorado. Chase Sexton was flying at Pala but a first turn crash ruined his chances of an overall win even if he did ride well through the field to eleventh but with such a strong top 12 not getting away in the top five means things won’t be easy even if you are the fastest man on track.

Adam Cianciarulo will be looking for redemption today. His speed was unquestionably brilliant but a crash and arm pump reduced his points haul considerably and the man who finished second overall in 2020 needs to execute on his speed before the likes of Ferrandis start eeking out a points gap.

Max Anstie didn’t have his greatest day at Pala, getting caught and passed by Alex Lupino who was riding a stock bike and the Italian even admitted he wasn’t pushing too hard after a bad start and the MXGP series about to begin. It couldn’t have felt good for Anstie who came out firing in 2020 but we saw last year that with a good start on a track he likes, Anstie can run the pace and has the talent to be a contender, but right now it looks like he’s searching for the sweet spot.

In the 250 class Jett Lawrence put on a bit of a clinic at round one and even the Star Racing riders, Justin Cooper and Jeremy Martin admitted they had nothing for him in the second moto, but will the altitude help the Star Racing Yamaha’s get a power advantage on the Honda? Lawrence might have to really twist the grip this weekend to stay with the Star team!

Pro Circuit Kawasaki are down to two riders and the pressure is really on Austin Forkner to get amongst the front runners and keep the points close as he gets his outdoor feet back under him. Forkner showed speed at times at Pala but mistakes kept him from challenging for podium. Mistakes also haunted Hunter Lawrence but his speed was there all day, not mistakes and a good start and a Hunter should be up there with Jett and the Yamaha boys.

With a difficult track at round one and a more wide open circuit today plus the altitude, we still have no set pattern for the series with some unique variables thrown in for good measure that means round two is still very unpredictable in both classes!

Get a look at the venue and track with Jason Weigandt below: