Video: McGrath on his collision with Stewart in 2006 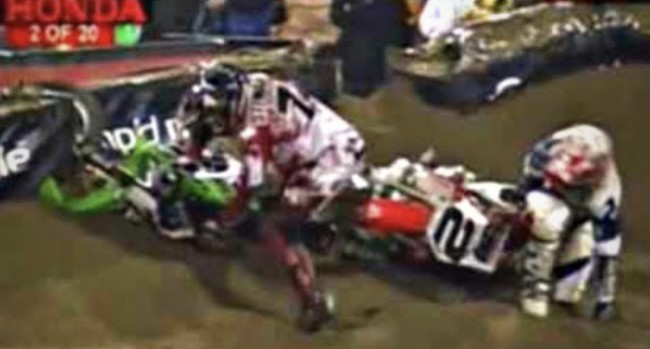 Jeremy McGrath looks back to the moment he and James Stewart ended up on the deck when McGrath made a part-time comeback with Honda and was still pretty competitive at 35 – and then MC returned the favour at San Diego!

“A few weeks prior at Anaheim, I’m minding my own business, James just nailed me in the sand pit and took me out. I thought it was strange, James and I were friends.” Said McGrath referring to what caused the revenge on Stewart at San Diego. “I’m on the inside, James is on the outside, here is my opportunity I might not get it again. I just went straight for him and hit him in the handlebars and knocked him off the track and felt like okay, that was kind of vindication for what happened a few weeks prior.”

Get the full story and the see the incident below: