Video: McAdoo’s week of pain and crashes at Atlanta 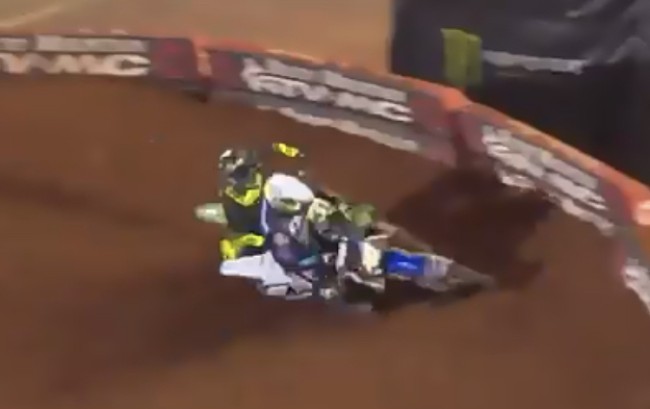 See the highlight reel of Cameron McAdoo’s week of crashes at Atlanta that as all but ended his 250 West Coast title chances- 22 points back of leader Justin Cooper with one round remaining.

The determined American saying: “I came into the race still recovering from my crash on Tuesday and only made things harder with another get-off during qualifying that left me and my bike banged up. Crashing is never fun, but I accept it’s part of the sport. You can knock me down nine times and I’ll get back up 10.”