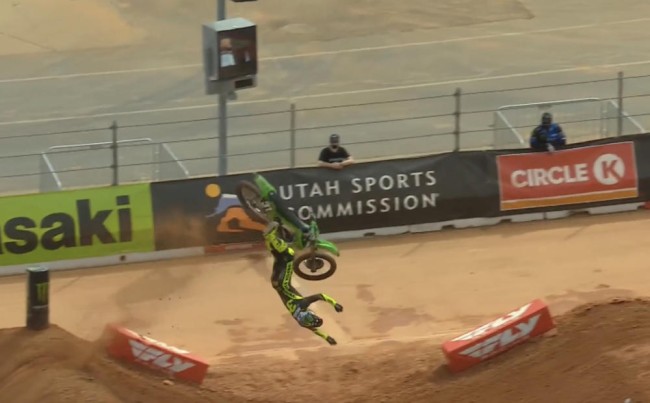 After his huge get-off at Atlanta 2, Cameron McAdoo has had another big crash, this time in qualifying for Atlanta 3 leaving the already in-pain Pro Circuit Kawasaki rider down on the ground and in even more agony despite qualifying third overall.

McAdoo, nine points behind Cooper in the 250 West championship, eventually got up and hobbled back to his bike to ride off to the pits but it remains to be seen what shape he will be in for the night show – he was already getting physio all week for his crash on Tuesday!

A reminder of his crash at Atlanta 2 – McAdoo has been in the wars this week!