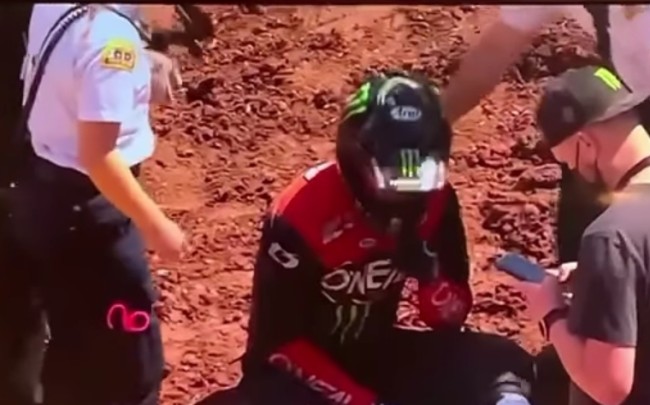 See the crash that ended Martin Davalos career two races earlier than he wanted to. Davalos always showed a lot of raw speed but a crash was never far away and a broken collarbone and concussion after this big endo ultimately ended his racing career before the end of the supercross season.

Davalos said: “This is what happened during press day Friday. As gnarly as it was I just wanna clarify that this was not the reason why I decided to retire as some people have assumed. I had already decided it was time to step away from racing but wanted to finish out the season. Since I sustained a concussion and broken collarbone and I wasn’t gonna be able to race the final rounds I figured I’d go ahead and announce it. Thank you everybody for your support and kind words. I’m sure I’ll be seeing you guys around.”