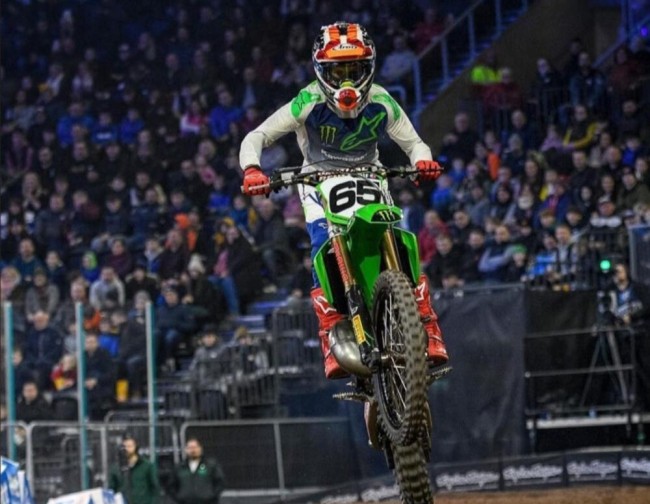 He might be a six time WSBK champ but Jonathan Rea is still so skilled on a motocross bike he can take his 250 two-stoke Kawasaki and spin some laps around the Belfast Arenacross track.

Rea was joined by Gordon Crockard, former 3x British motocross champ and GP winner, during the night show as two of Northern Ireland’s best ever got to enjoy the respect of their home fans for their achievments.