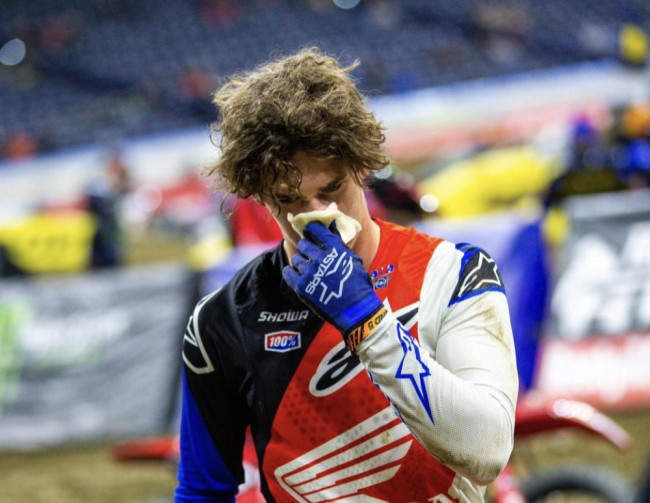 Jett Lawrence had another big crash in the whoops while vying for the fastest qualifying time with Colt Nichols. Fortunately Lawrence seemed to just get away with a bloody nose – but it could have been much worse!

Jett still qualified second and needs to start beating Nichols to stand a chance for the championship but crashes like this won’t help his cause: